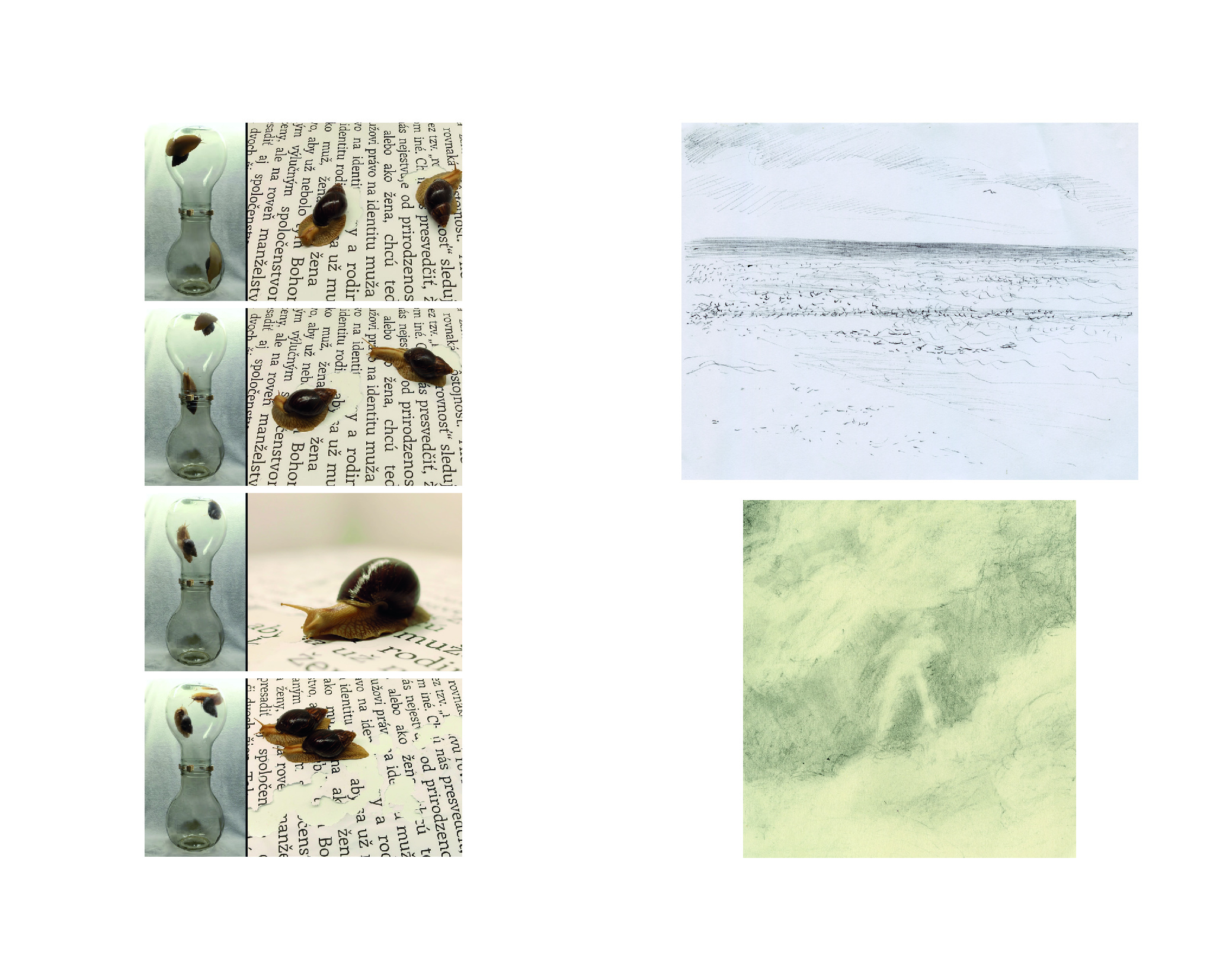 The work was created by the merging of several artworks by a young artist who, after finishing the academy, also came to a personal juncture during the pandemic last year. One of the reasons she was driven to work in Venice was the desire to leave her old environment and find her place somewhere in the big world. It was, in fact, her initiation or transition rite, a rebirth in which an old being was to die so that a new being could be born, endowed with the freedom and responsibility of an adult member of the society. The lost human is mainly represented by drawings of the sea not only as metaphors of the boundless abundance of possibilities for the future, but also an image of the emotion of danger present in the infinite possibility of freedom, which from the shore may appear as a huge and scary gaping mouth.

“The installation presents two topics of reflection that were coming along with my drawings and paintings in the last year. The motives associated with gender issues resonated with me during the pre-election period at the beginning of 2020 and became one of the subtopics of my Master’s thesis. The reflection on the passage of time is rooted in the last months of my life and is connected with leaving Slovakia, loneliness and a deeper self-awareness in time.”

Travel loneliness is different from the solitude experienced at home. It has a romantic charge, adventure, courage, throwing oneself into the unknown forces that shape our lives. However, identity struggle is baggage  that cannot be left behind. “If we are to take a position on the question of identity, it must be our identity as unique beings. But the relationships we maintain with ourselves are not identity relationships; it should rather be a relationship of differentiation, creation and innovation. It’s very tiring to be the same all the time.” (Michel Foucault) Meanwhile, snails are crawling inside an hourglass-like glass object. Before that, they munched on the paper of the artist’s manifesto and made holes. With this gesture, she ironized the limitations of a certain conservative political statement about sexual minorities. The installation does not lack humor – the main protagonists of the video on gender identity and time, are self-styled, very slow, bisexual mollusks and perform with adequate appetite and determination.