From the cycle Black Series | 2017 | Acrylic, canvas, found photograph | Courtesy of the artist 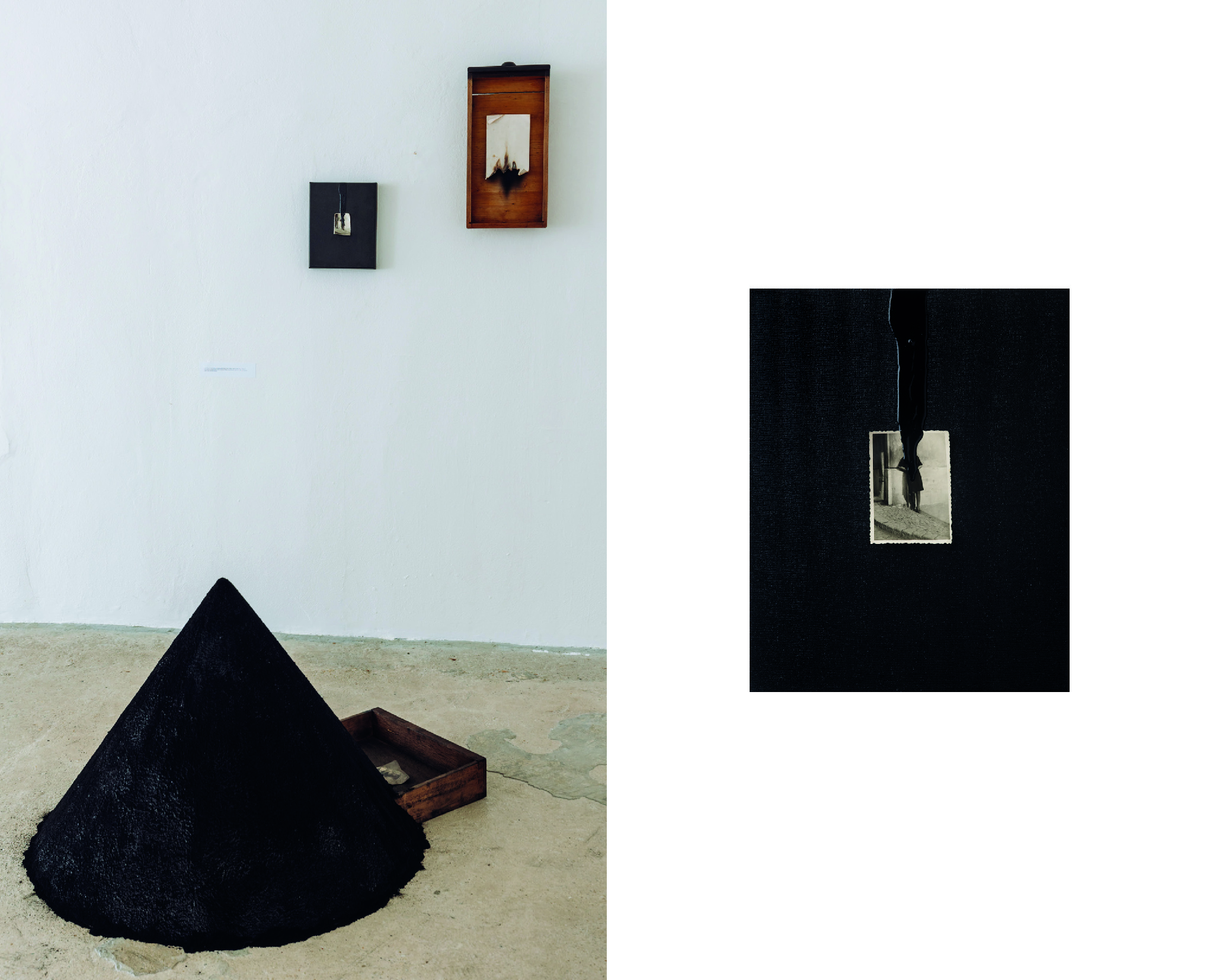 Lucia Tallová has long cultivated her handwriting in black-and-white paintings. She builds on the contrast of layers and ornaments with calm abstract surfaces. She uses the patterns of old embroidery and crocheted textiles as templates, which look nostalgic on the painting surface. Urban and industrial scenery also appears in landscape paintings, which contrast with the atmosphere of personal memories and dream-like ethereal scenes with images of the near (collective) past.

Just as her objects “depicted from (or dissolve in) the empty space of the canvas and lost in the abstract plains of the painting area” appear in her landscape painting, so her objects work with the notion of functioning of the human memory. Not only about what has been lost from ourselves in the flow of time, but also about what we can find again about our image in the mirror broken into thousands of shards. The artist’s journeys that lead to such finding and “producing” memories of something that may not have happened are intuitive. In the beginning, however, there is sometimes a rational incentive to deal with something well-known, such as the dreaded as well as beloved grandfather’s drawer work, to disassemble it, sacrilegiously, into individual drawers and to fill them with “new” content.

“I interpret the remains, the leftovers from my works and create my fictional archive. I also use my collections of old photographs, albums, postcards, porcelain, stones, various bizarre objects and furniture, which I transform into items in my archive.” (L.T.)

From Lucia Tallová’s objects, something old and unfamiliar breathes on us, but gradually our distance “melts” and we touch something forgotten in ourselves. The ancient and immortal, painfully beautiful idea of ​​the Proustian search for lost time and a lost ideal. We also encounter a shadow. Jung’s successor Aniela Jaffé, fascinated by the new trends in object art, wrote more than a century ago that artists, like alchemists, did not realize that they projected a part of their psyche into the matter of their inanimate objects and thus entered “mysterious soulfulness”. They projected into them “their own darkness, their earthly shadow, the psychic content that they themselves and their time lost and abandoned.”