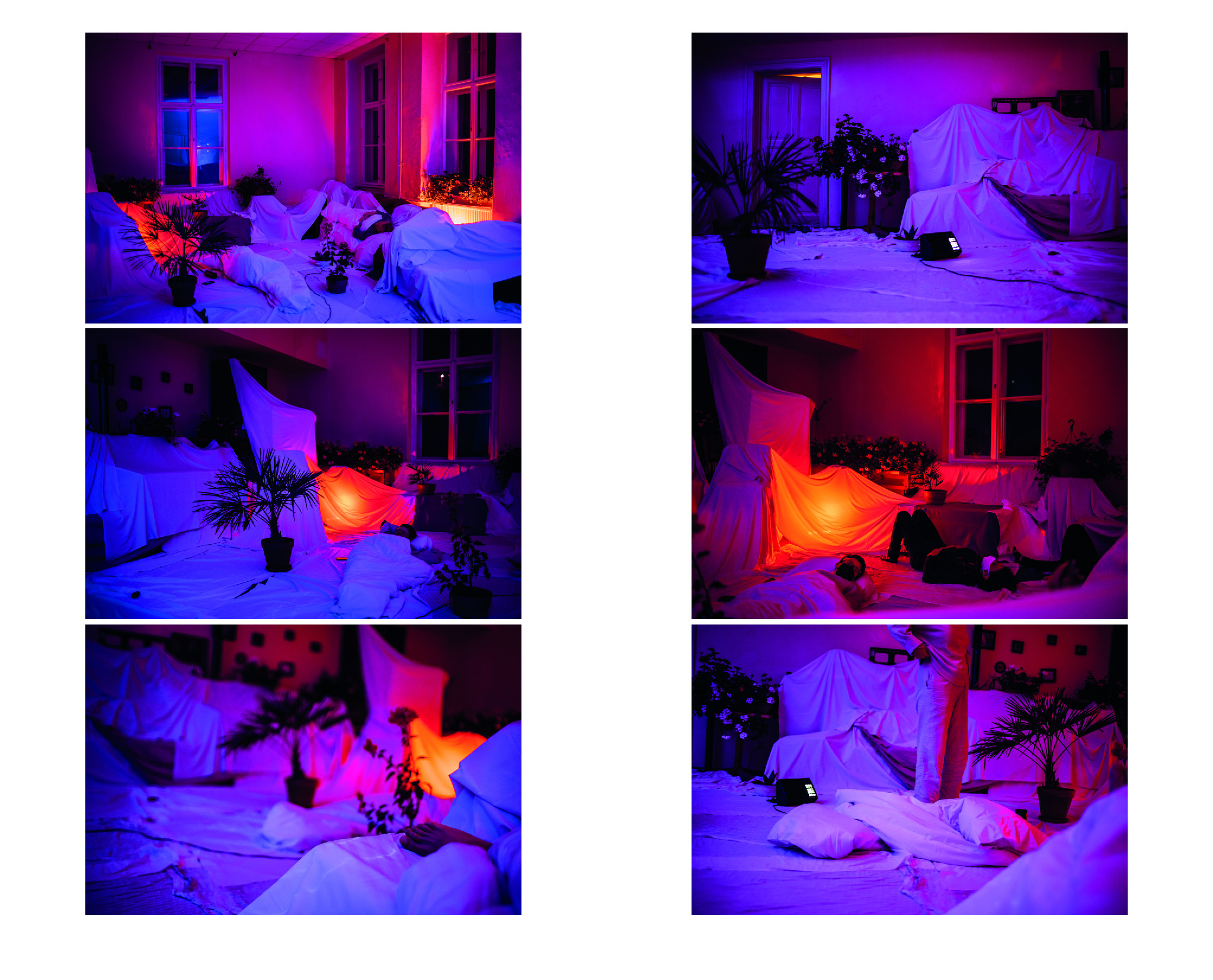 Martin Burlas is, among other professions, a composer, musician and singer who has made a significant contribution to underground culture and electronic music. In his creative reactions to political events and the state of the world, he uses a sad irony, to the nuances of which he always gives a new form. The work was initiated by the exhibition The Lost Human and the artist himself (not by chance) comments on it from the position of a third person: “The sound material composed by the artist underwent several modifications which aim to achieve its gradual degradation and material fragility which bears reference to the structure of the contemporary world: a tune drifting in the universe which probably no one listens to anymore, and below that there’s the contemplative complement taken over from Charles Ives, perhaps even paying homage to this great composer, because the whole structure reflects the principle invented by Ives in his Unanswered Question. A lost human is a misfortune, a lost world is a result of our doing. And it serves us right.”