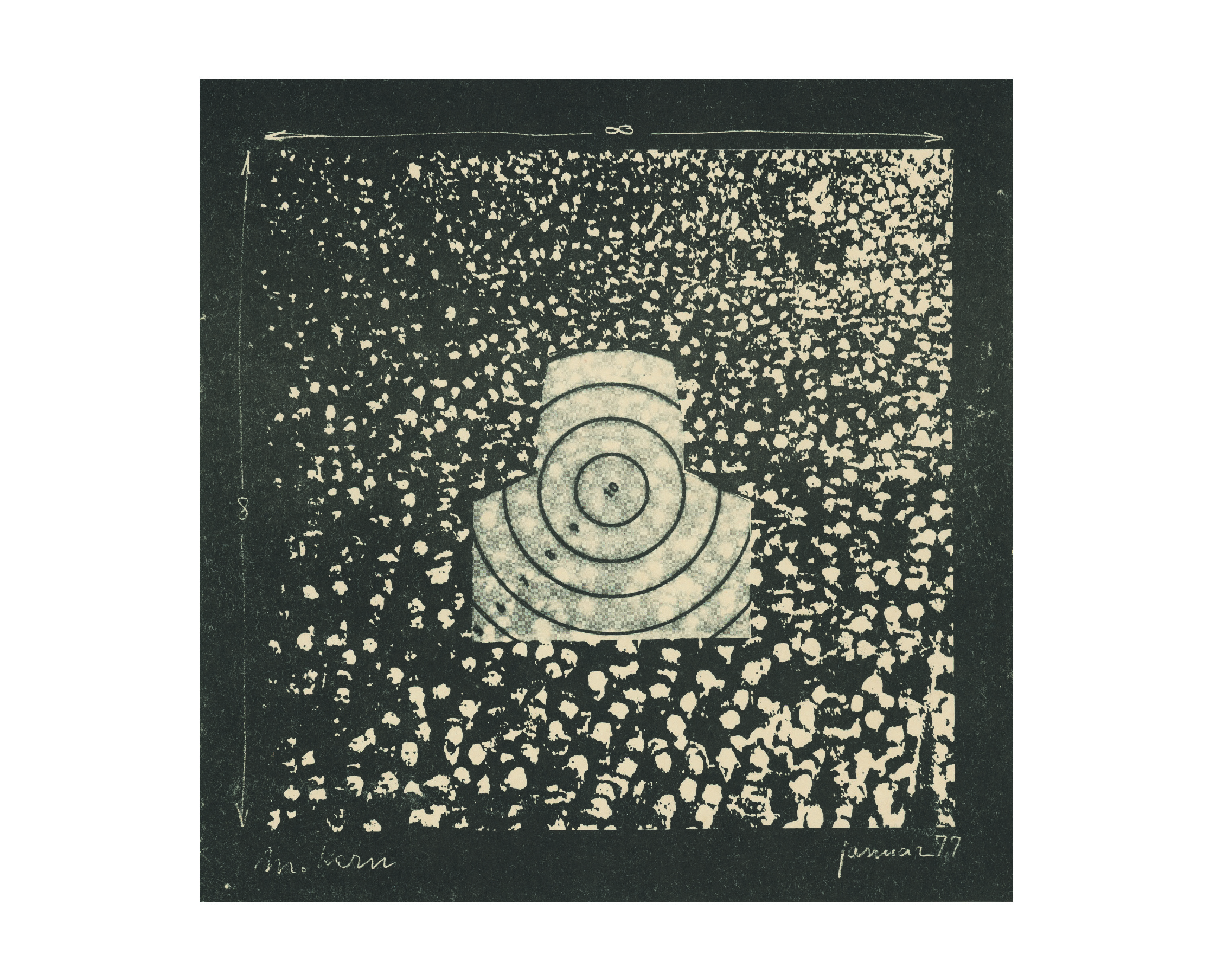 Michal Kern was one of the representatives of action and conceptual art in Slovakia. After his studies of painting, he returned to his native Liptov region where he dissolved as an artist and literally “lost himself” in its nature, which became a whole universe for him. He based his intimate work on direct experiences from this region, which he captured by drawing, photography and graphic techniques. Kern, who was profoundly influenced by personal contacts with Russian neo-avant-gardists Ivan Chuikov and Francesco Infant, recorded his intentions and thoughts also in his diary entries. Thematically, it was based on his close physical and mental connection with natural events and forces, but since the mid-1970s also on the feeling of impending ecological catastrophe and loss of purity and features of natural territories, which should be protected as a national treasure amid an increasingly expansive civilization.

Since 1975, he has held many events in nature, motivated by a deep environmental commitment and concerns about the values of human society. With a shooting target on his chest, he carried out several action art events from the cycle Every Man is My Brother (1976-1977) as a protest against violence. He created a montage in which he marked himself with a photographic image, lost in the middle of the natural scenery, and then he added several versions of an image of an individual and a crowd of people who expressed their opposition to repression against freedom. He combined photo-serigraph prints with proclamatory text, which we may also regard as his program statement.