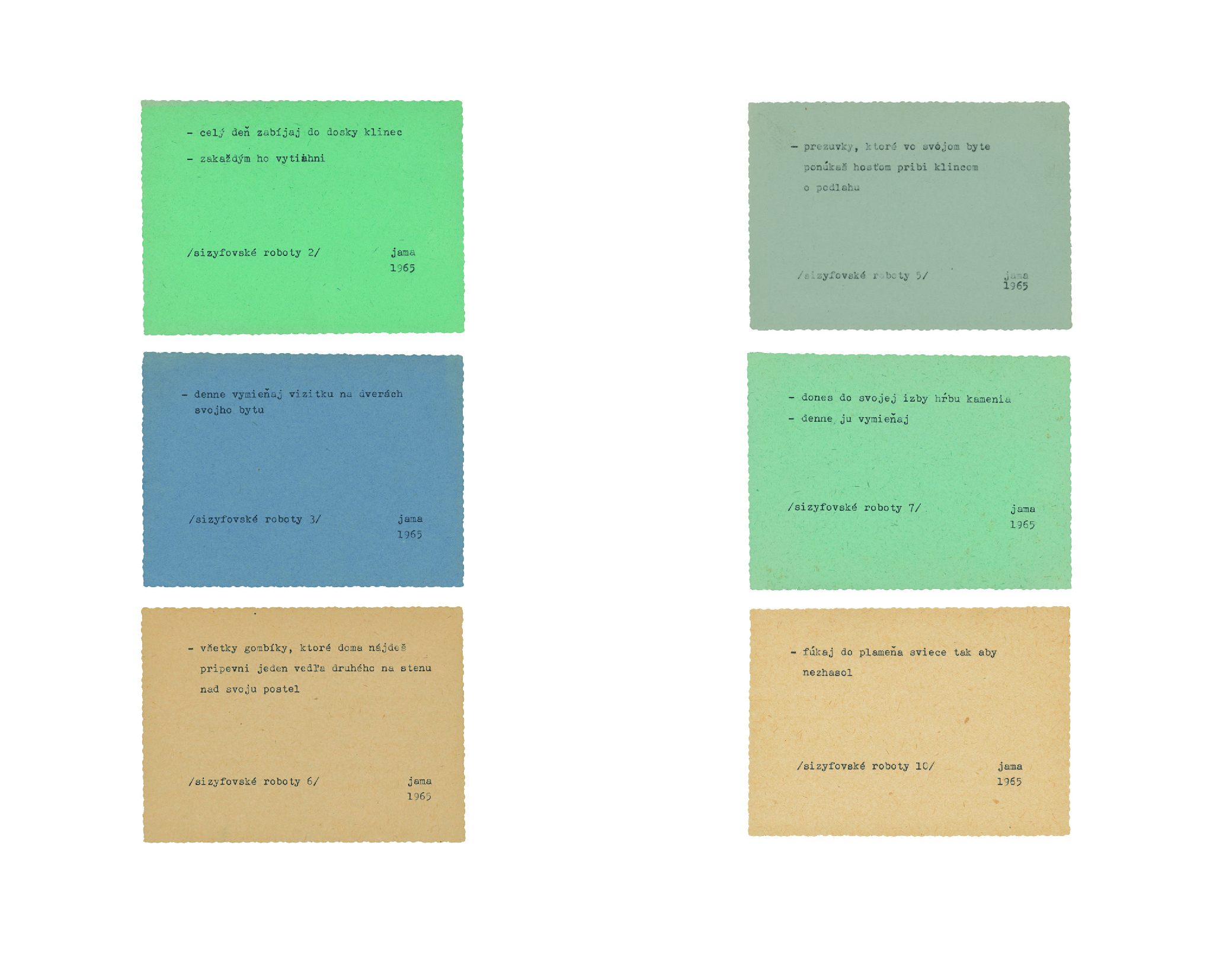 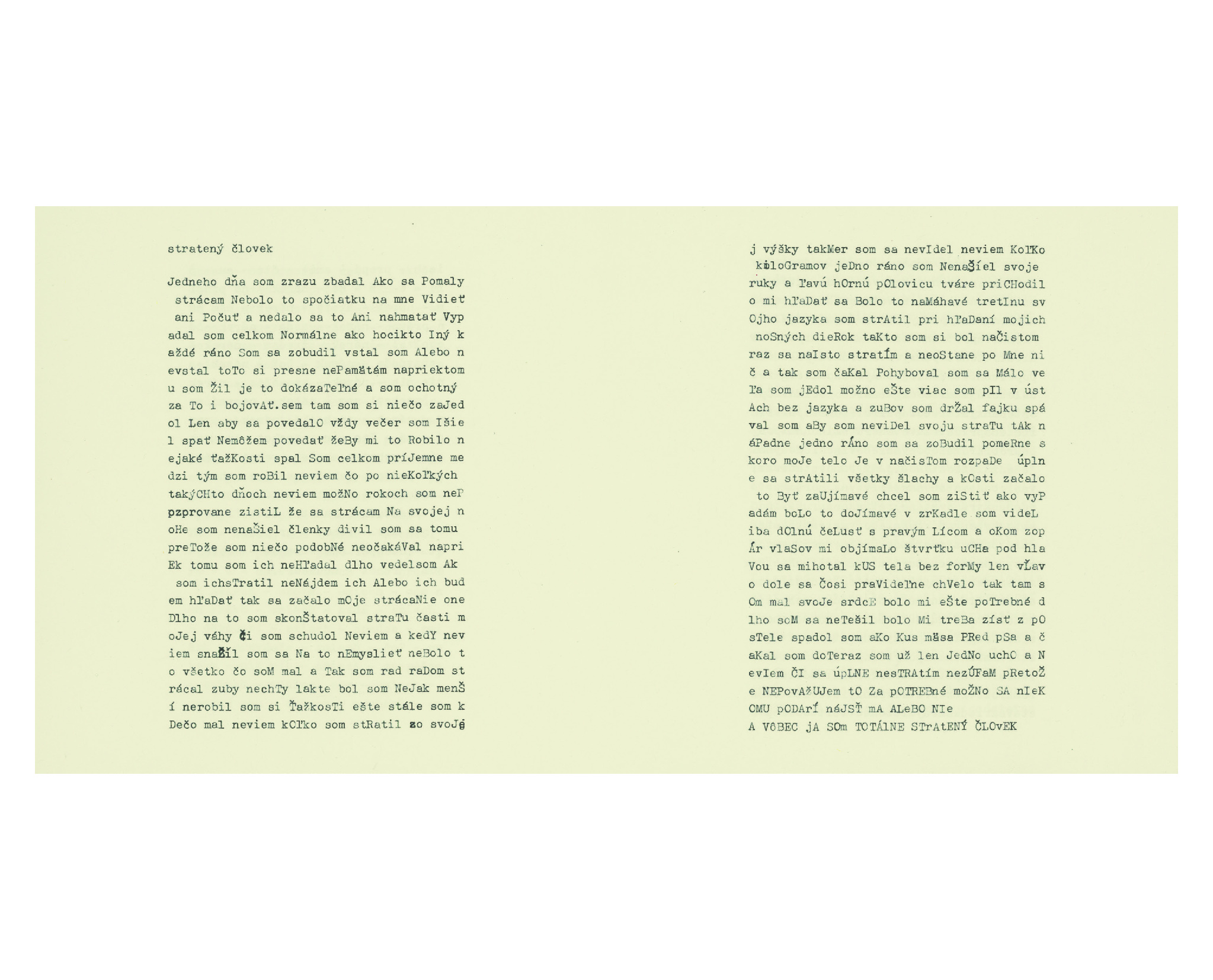 Sizyfovské roboty (The Labors of Sisyphus) (1965-1969) by Milan Adamčiak were created in the mid-1960s as instructions for seemingly meaningless acts and activities, which he reproduced in typescript and distributed to friends and acquaintances. He signed them with the mark “jama” – Ja, Milan Adamčiak, (I, Milan Adamčiak) by which he maintained a certain degree of openness and partial anonymity of the published text. To our knowledge, several artists attempted to realize them, i.e. to interpret them by their own action. By their nature, in terms of media they are close to the output of members of the Fluxus movement, such as Dick Higgins or Yoko Ono. All the Labors of Sisyphus are linked by the motif of a creative solution to the artist’s creative helplessness as he became “lost” for the real audience, but also by the reference to the critical perception of the situation of contemporary art/artist, exhausted by the race of innovations in avant-garde art. The pivotal point from which Adamčiak turned to the viewer/reader and potential partner/performer is a conjunction of various innovative methods, which the artist ended abruptly at the point where the loop closed and returned the action back to the beginning. The Labors of Sisyphus thus draw attention to the present moment and its potential in the freedom of action. An even stronger imperative of freedom may be sensed in the media-wise similar Monoakcie (Mono-Actions) (1968-1969) featuring the instructions for completely irrational activities, which was undoubtedly related to what happened in the summer of 1968 and during the occupation of Czechoslovakia by Warsaw Pact troops.

Adamčiak’s two-page typescript poem The Lost Human begins with the words “One day I just noticed That I was Slowly disappearing. Initially no one could See or Hear it, nor could anyone feel it when they touched me. I Seemed quite Normal like anyone Else every morning I woke up I got up Or I didn’t I don’t remember That exactly nevertheless I was Alive it is infeRable and I’m prepared to fight for It if it comes to that.” The name of this entire project is derived from this proclamatory text that captures the artist in doubt and in an existential crisis. He wrote this poem with autobiographical elements in 1972, when he definitively withdrew from the (neo) avant-garde scene and became employed as a musicologist at the Institute of Musicology at the Slovak Academy of Sciences. He did not stop creating, he continued to produce graphic scores and to study visual and conceptual art. However, it was his hidden, long-lost, artistic and human side.