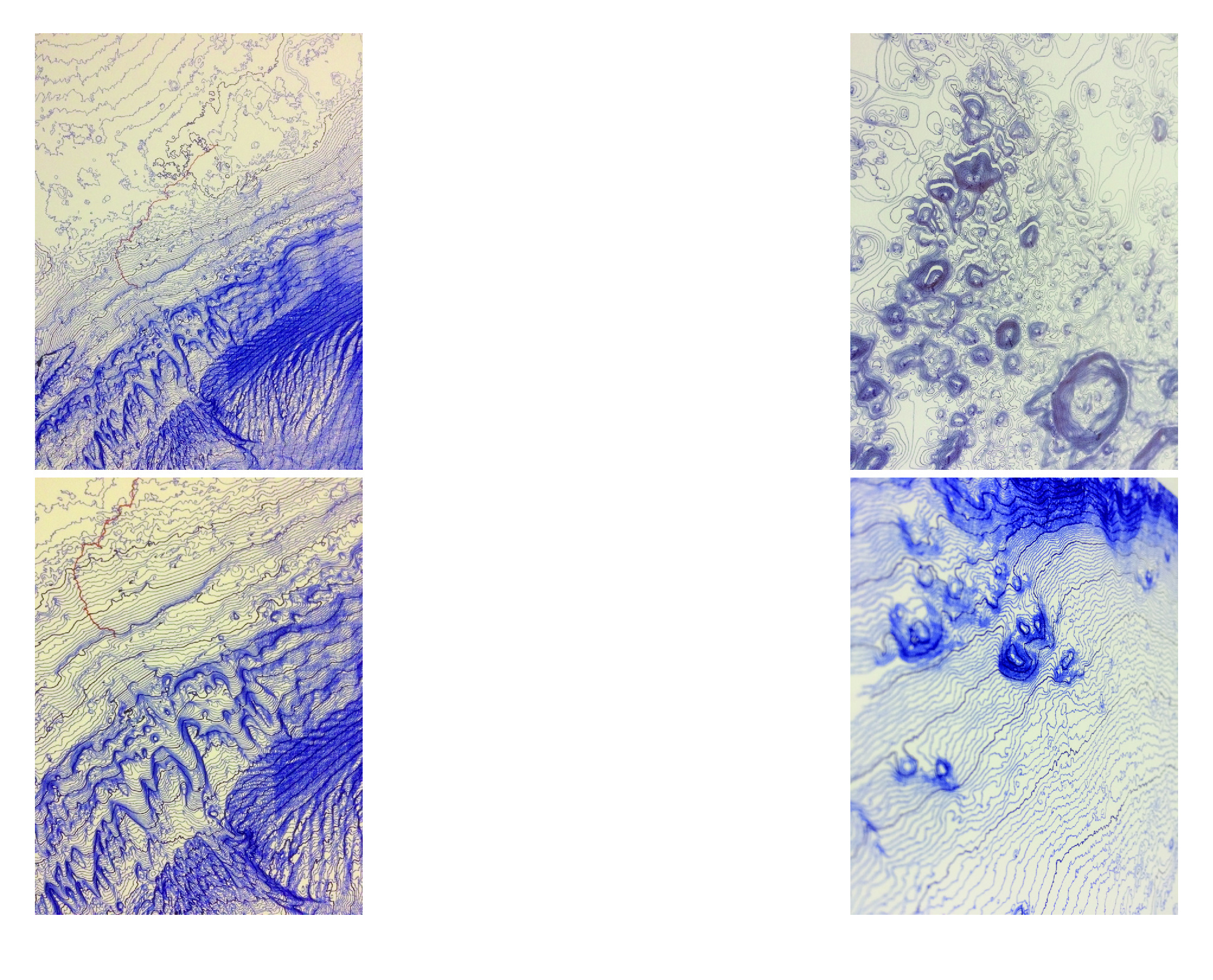 Peter Liška is best known for his realizations in graphic design and exhibition scenography. In his freelance work he is interested in the intersections of art and science, especially mathematics and physics. He created a series of topographic maps of Mars from data acquired by the Mars Express spacecraft, which has been scanning the planet’s surface since 2003. “It intrigues me that I have immediate contact with a very distant world – the spacecraft records the data and sends them to Earth where I convert them into lines. Since I do not draw the maps myself, it is the plotter, there is also a certain distance. I work with a sterile sample that is not contaminated byhuman presence. So it’s authentic because I haven’t even touched the world, I only look at it. And a ballpoint pen, with an uneven line or smudges, serves as a conversion or transcription of that data into a code that I understand – since the same data can be transcribed into other various visual outputs depending on what is to be examined.”