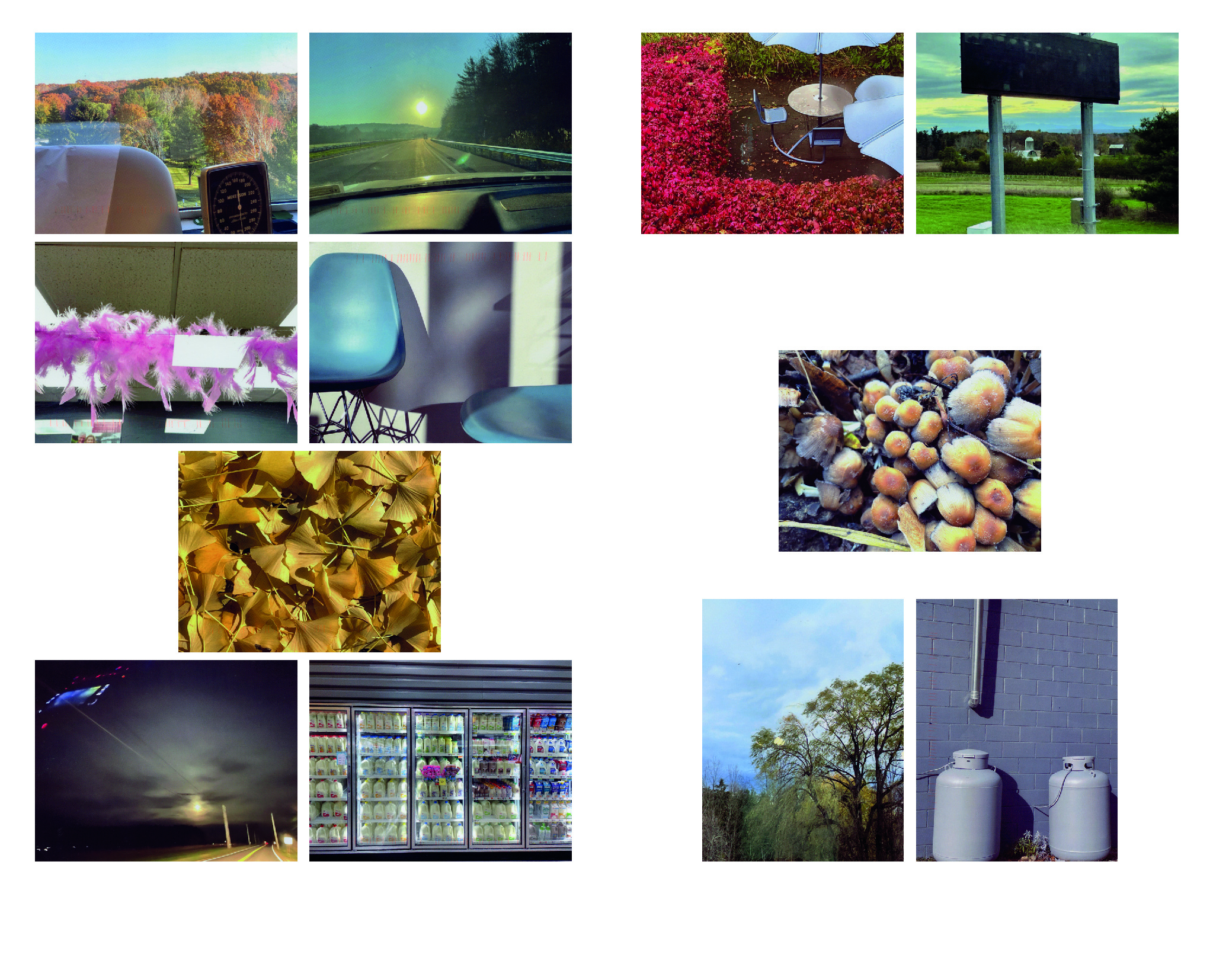 The American artist and curator Tara Fracalossi works in the fields of photographic installations, video and conceptual photography. She focuses on the nature and visual language of photography and its relationship to contemporary society. For more than two decades, she has been creating an impressive Archive, full of thousands of photographs sorted into her own categories. Snapshots of situations and objects capture the face of our times in images that see more than the eye can, as Vasily Kandinsky put it at the beginning of the 20th century: “Everything ‘dead’ trembles. Not only poetry, stars, flowers, but also a white button on trousers shining from a puddle on the street. Everything has a secret soul that is more often silent than it speaks.”

During the pandemic period, the artist began working on the project Postcards to Myself, in which she has been shooting images everyday, so they become a specific secondary archive. They are also indebted to On Kawara’s date paintings. Photos capture things she discovered, areas of isolation, abandonment, uncertainty, emptiness but also freedom, openness and hope. For the Lost Human, she created a special edition of postcards that arrived by transatlantic mail from October to December 2021. This conceptualized the idea of ​​the “Lost Human” as a universal person, into which various emotions associated with this special period can be projected.

“I am engaged in making an ongoing photographic Archive. I photograph, categorize and store a never-ending series of images according to subject matter. These images, like all images, exist as permanent records and points of information documenting fleeting instants, personal and collective histories. The images in the Archive have become surrogates for their now-past subjects. With category titles as mundane and universal as “airports,” “fields,” “roads,” and “water,” the archive establishes both a linguistic and pictorial scaffold that records the special, the everyday, and the nothing. As a means of contemplating the structural nature of saving and preserving information, the organization of the images used for works varies and evolves – at times, images are sorted and titled according to subject matter or sometimes by alphabetical or color groups. Images are repeated or juxtaposed to exploit and consider the reproducibility and mutability of the photograph while de-stabilizing and questioning the value of the image itself. Through this process, the image, when pushed against other images, becomes less about the unique, privileged vision of the photographer and more about the (at times futile) process of capturing, and preserving an endless, timeless stream of information, histories and images.” (T. F.)