From the series Phata Morgana of a Breast. | 2021 | Object, soil, plastic, pigment. | Courtesy of the artist 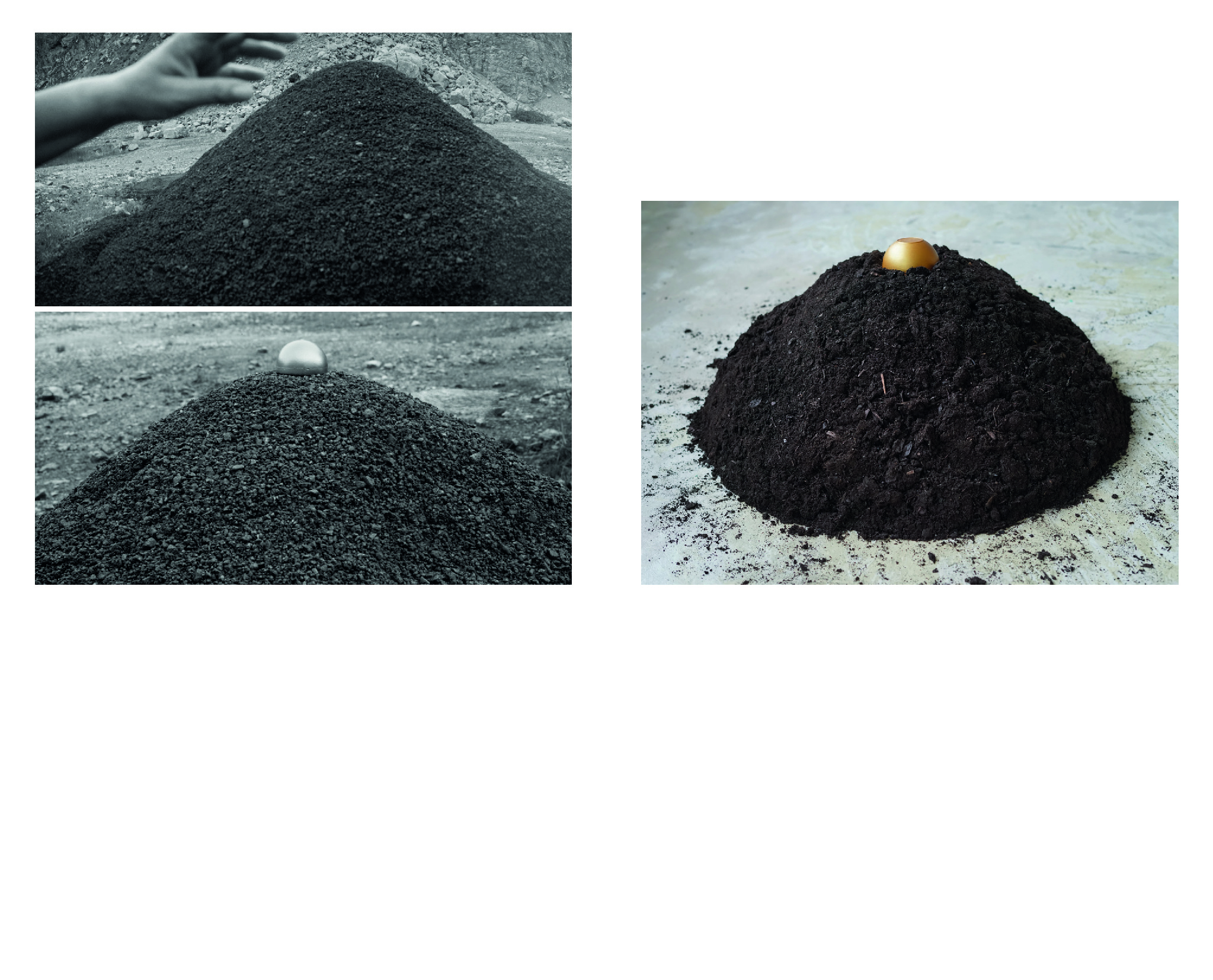 < In the symbolism of different cultures women are traditionally connected with earth, meaning soil, as well as the planet Earth as a mother, as a womb and cradle of humanity, while men were destined to expand human territory further into celestial space. The universe and the life emerging in it - much like the Judeo-Christian God - have also long played a masculine role in science, art, literature and films of so-called Western civilization. In the 1960s, Jana Želibská focused on introducing a new confident woman who breaks prejudices about her body as a subordinate object of someone else's desire and speaks openly about her right to pleasure. Želibská set up mirrors for the spectators, which projected their own image onto the erotic zones of a woman's body and at the same time reflected their curious gaze. Since the 1970s, her work in conjunction with landscape and photography has been drifting towards the holistic approach of the ecofeminist movement. In the environment inspired by the Indian temple of love Kandariya Mahadeva (1969), everything leads to Oneness in the Multiplicity, in which everything human may be connected to the divine by analogy, where this world with everyday joys and problems is reflected in the sacred world of deities. She was inspired by the fact that for Hindus the act of love was part of Nature  - without the mysterious aftertaste of sin like in Christianity - and was considered a symbol of the mystical unity of man and woman, soul and body. Kandariya Mahadeva is a form of the god Shiva merging with his "shakti" (feminine side) - the goddess Parvati, to whom he lent half of his body as a dwelling. In various myths around the world, the mystery of life in the universe comes from the feracious power of man and woman, united in one. The breast(s) growing out of the ground, which have become part of the artist's iconography in land-art as well as in installations and objects embody the power of a mysterious mythical revelation. In the series of graphic prints The Moon Landscape (1983) Želibská, using fragments of the female body, enhances the idea of ​​a woman - the one who gives life - and places it outside of the planet Earth, which is to retain the status of the cosmic uterus. The breast, in the form of an asphalt or clay hump, appears as a mirage in an industrial-like “lunar” landscape. For a lost human it might be an echo of the distant world, which reminds her/him who s/he is and where s/he came from, or it might be an invitation to another dimension of experience.