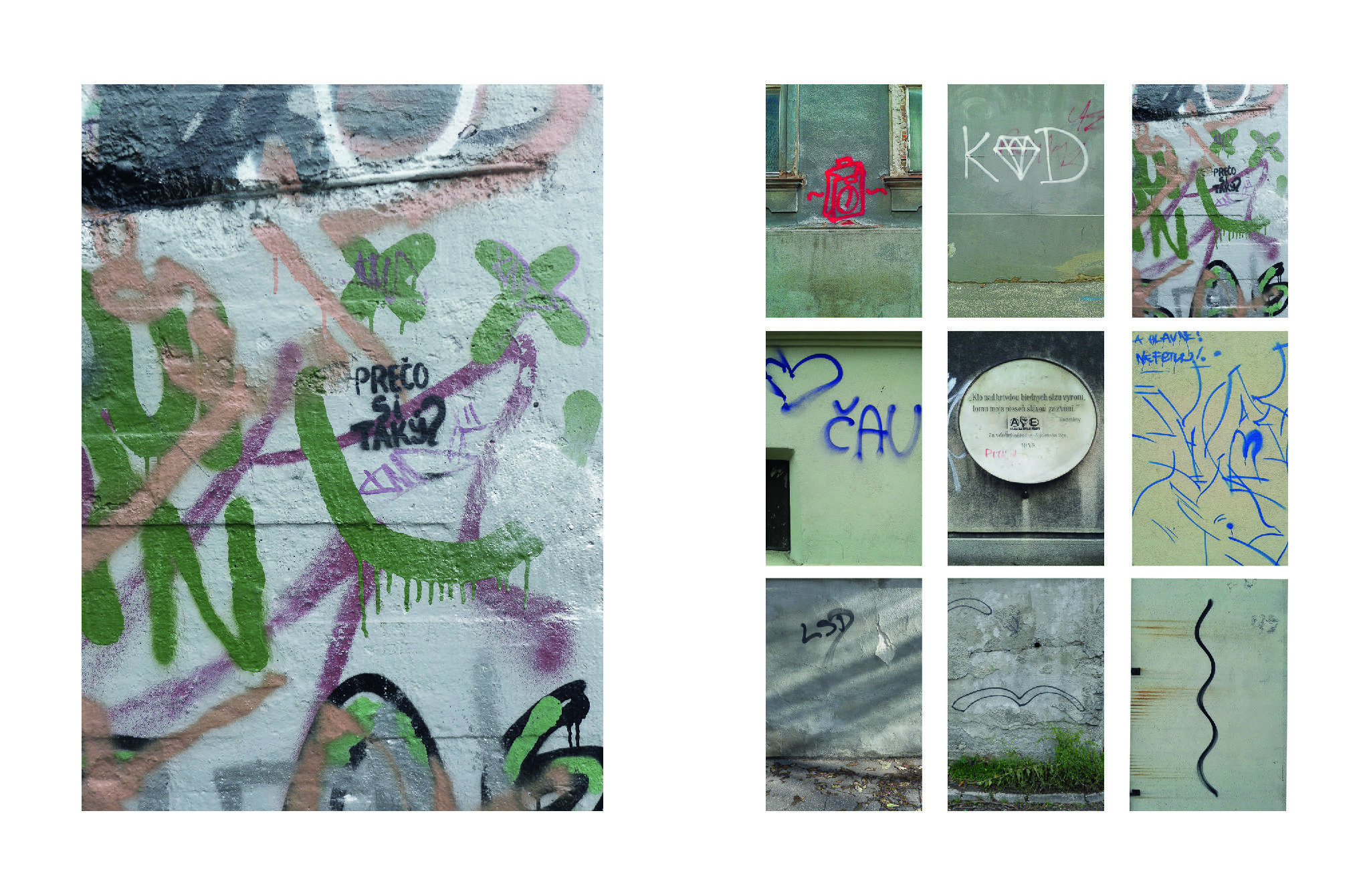 Dominika Ličková interprets the cycle The Wall as a result of several years of mapping the urban space of Bratislava “Walls”. It delves into a dialogue of city fragments, wall structures, inscriptions for various “purposes” along with the writer’s tags or naive artists with a real urban space. Her goal was to explore new variable images of the city with ready-made commentary. The project uses vestiges of human presence that create the atmosphere of a certain place. It also depicts urban wasteland through people who have left marks of their loneliness and desire to express their existence. Their emotions and experiences have long since dissipated, but they continue somewhere else. Photographs work here as prints of an urban palimpsest, endlessly transfigured in its form with ever-new layers, they transmit captured flashes of human presence in the urban social organism to other places indoors as well as outdoors, to galleries as well as to everyday or special non-artistic venues. The layering is thus transmitted from the original source of the image further as waves and renders a specific message – a psychogeographic map.