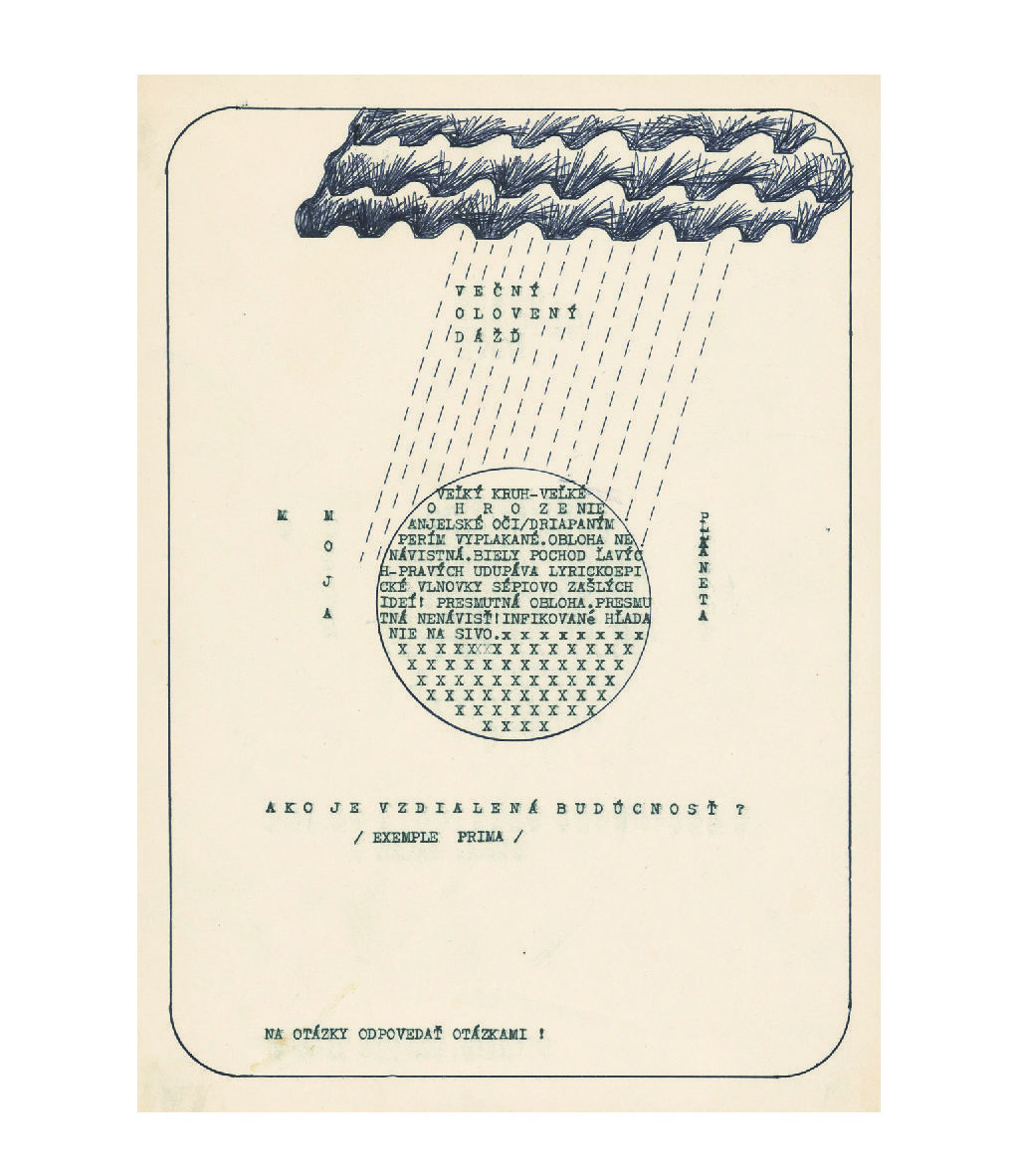 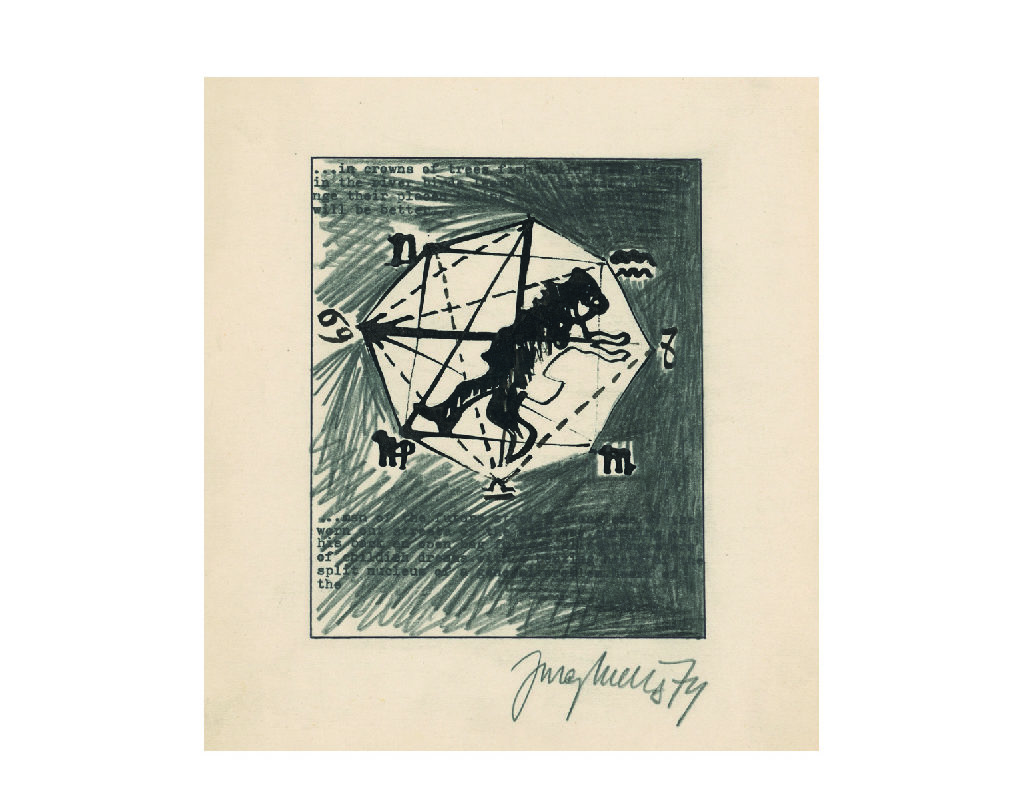 Juraj Meliš made the most of his sculpture training which was run in the spirit of the 1960s with an overlap into the environment and object, conceptual art and poetry, strongly manifested in all areas of his work. He produced a number of works on paper media such as drawings, graphic prints and series, collages and visual poems. In the period of so-called normalization in the 1970s, it enabled him to distribute his works on the unofficial art scene, thus bypassing the ban on exhibiting. The definite ban came in 1973 after the premature closing of his solo exhibition Don’t Shoot! in the Cyprián Majerník Gallery in Bratislava, in which the artist reacted to the persecution of liberal-thinking people in the occupied Czechoslovakia by means of graphic interventions on found prints of shooting targets.

From1972 Meliš produced poems combining typewritten text and drawing. The Partitura Prima was an expression of concern about the political and ecological situation of the Earth, in the outline of which he wrote a conceptual poem about a mental image or a dystopian scenario of development on the planet. It starts with the words “a big circle – a big threat”, “big lead rain” falls on top of it and asks “How far is the future?”. Meliš dealt with similar subjects in the cycle Man of the Future (1974-1976) in various media, from drawing and graphics to small-scale sculpture in the form of aluminum medals and plaques. Intimate lyricism and poetry full of metaphorical images were soon to be replaced by direct critical conceptual texts, drawings, graphics and sculptural objects in the cycles HELP (from 1975) and later IDEA (from 1980). In the former, he dealt with a human estranged to one’s own ideal of humanism, lost in the universe and rushing into a future catastrophe; in the latter, he focused on the situation of a creative human in the tangle of lies of a suppressed society, finding a true picture of the world only in the imprint of one’s own face.