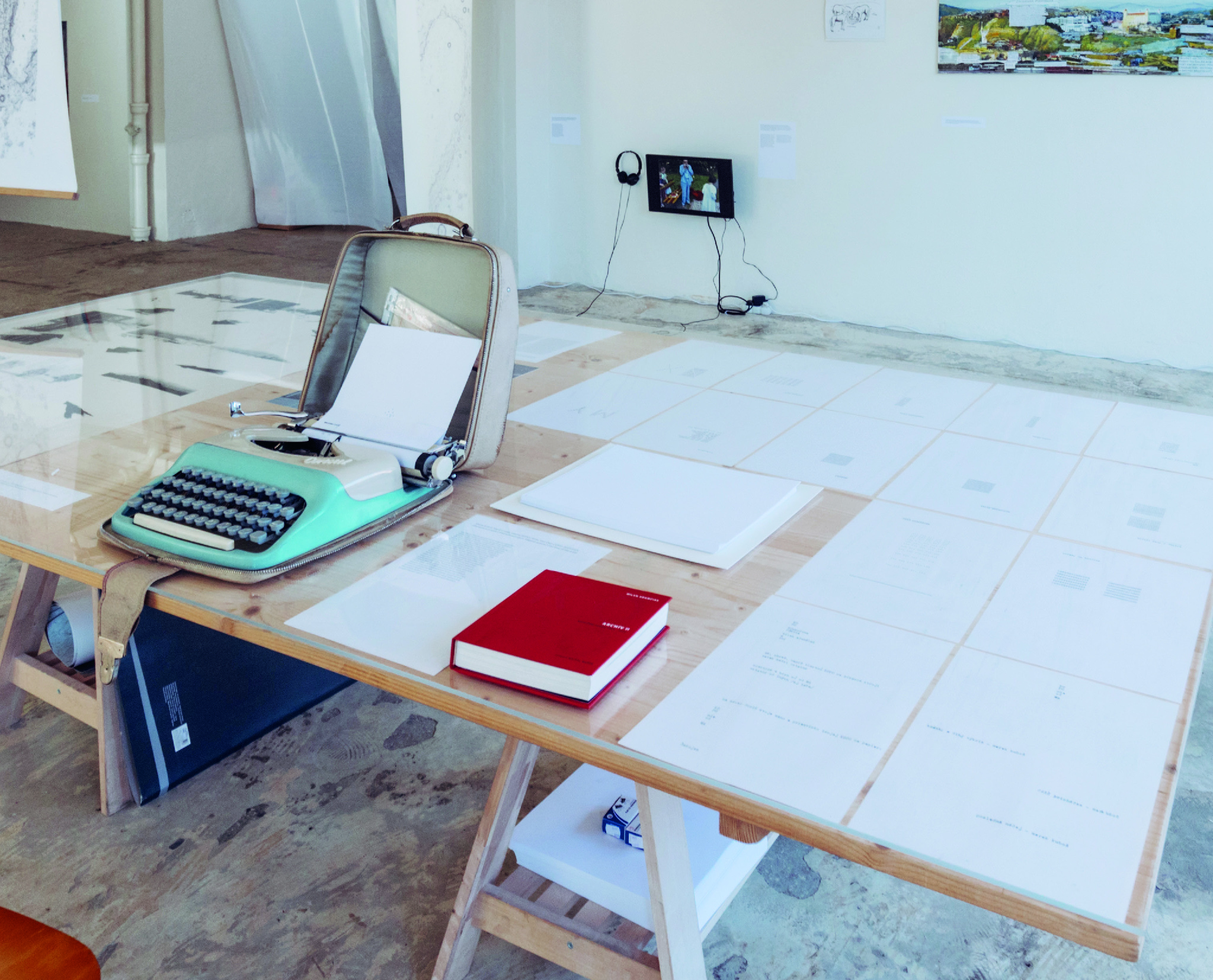 Although Marek Kuboš is known to the cultural public mainly as a director of documentary films, he is also active in visual art, photography and music. The presented work owes its existence to the strong emotion that Kuboš experienced when perceiving the concrete poetry by Milan Adamčiak. Kuboš is fascinated by how a “mere” arrangement of letters and their structures can work artistically and at the same time conceptually. This led him to try his hand at the creation of his own concrete poetry. He became  aware of the physicality of non-digital writing on a typewriter, where the typist has to fill a blank sheet of paper in front of her/him without the option to step back and correct, and where each letter is unique – printed differently depending on the thrust applied. In the installation, he presents copies of Adamčiak’s specific poems along with his own. He asks the spectators the question: “”Can you tell whether COPO is by Adamčiak or not?” Furthermore, he challenges the spectators to use the typewriter to create their own typo-poetry, add it to the wall next to the others and leave their name. Gradually, with a joint effort, an open work will be created as a tribute to the artist, who in the turbulent times from 1965 to 1972 spent many laborious hours and days in solitude and contemplation at the typewriter. For him it was the time of both searching (and losing). Kuboš thus arranges not only “”letters” into new structures, but also real people who can respond to his challenge with their ideas and their own bodies.