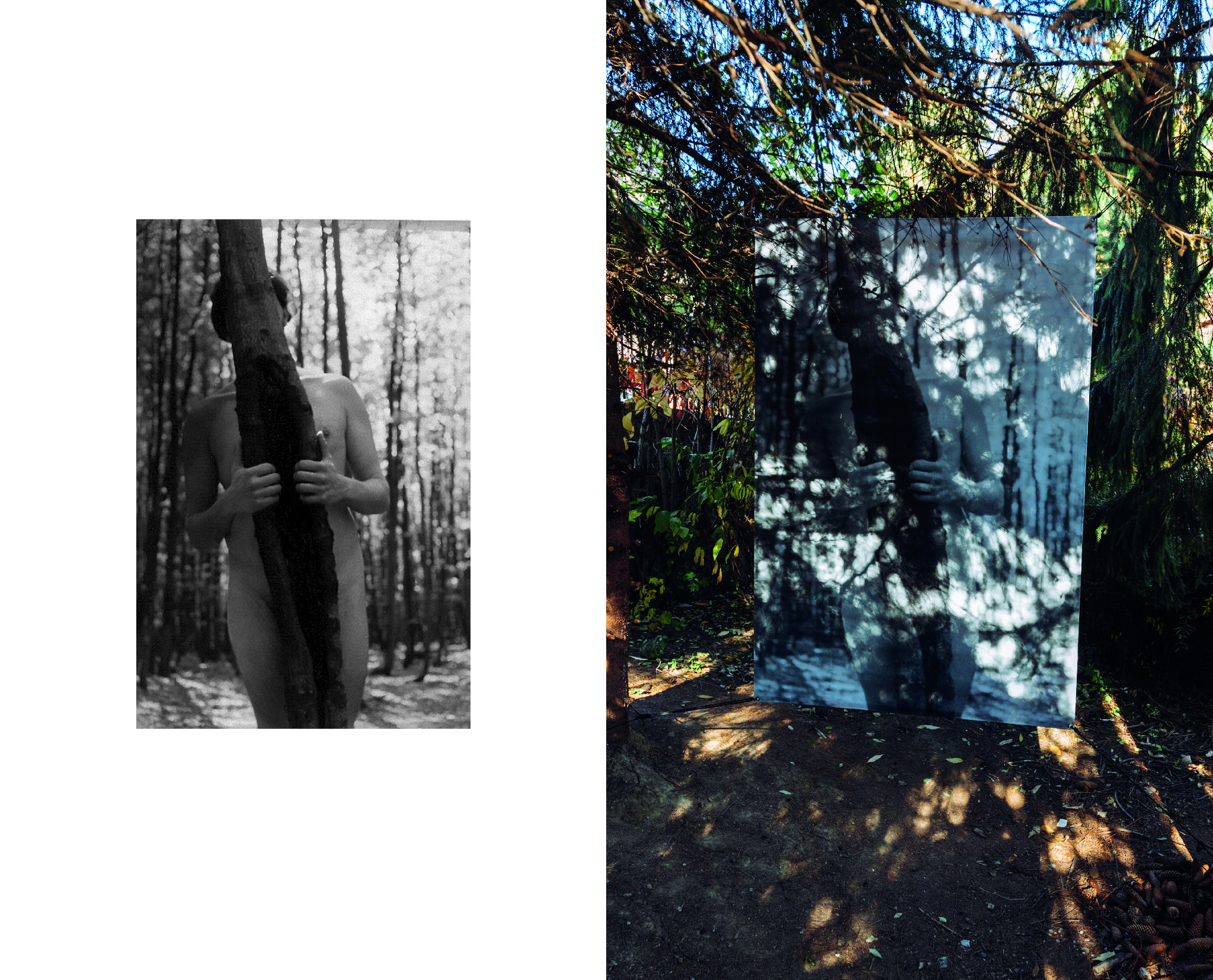 In his own words, the artist was involved in farming throughout his childhood, when he used to tend cattle every summer. This influenced his action work, in which he used carved shepherd canes (installed together with original works by Andy Warhol in Medzilaborce in 2008), used headgear (photo actions from 1991 to 1995), cowbells (at Transmusic Comp concerts performed since 1990) or old village tools such as flails (CEP-MUSIC project),a shuttle for weaving carpets and other fabrics. He regards this rustic base or sediment of personality to be one of the common denominators of artistic direction with Milan Adamčiak, with whom he collaborated for three decades.

The figure of a naked human disappears, merges with a tree and thus remains half absent, unidentifiable. The artist puts the viewer in a situation of uncertainty as to whether the human is someone who is hiding from them, who is actually an observer, or is lost in the forest. Will this act of civilizational sublimation into nature be successful? Will the trees accept a new savage in their midst?