The Keyboard Instrument for a Smoker | 1998/2021 | Object, mixed media, assisted ready-made & performance | Courtesy of the artist 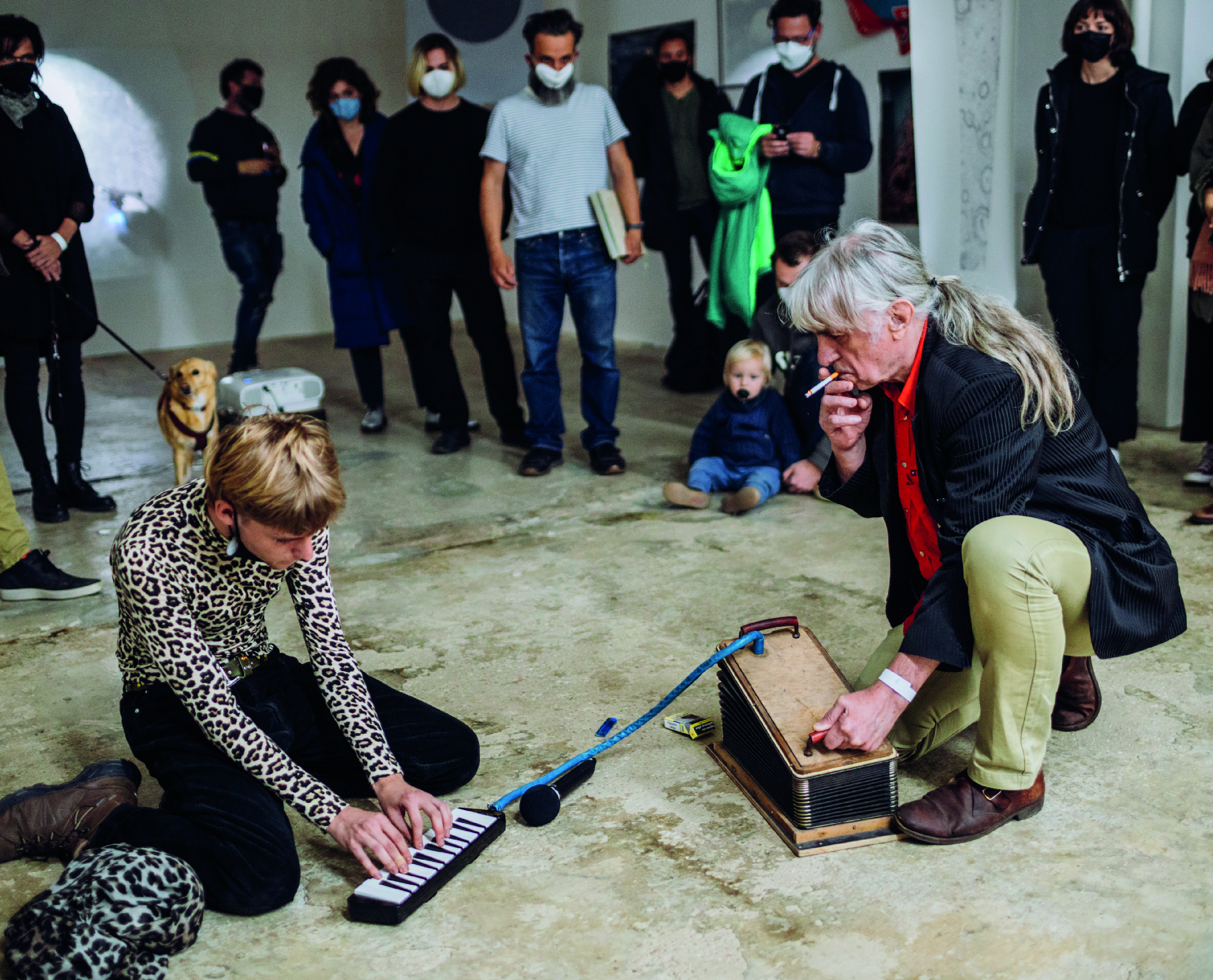 Peter Kalmus took part in an exhibition with a solo performance dedicated to Milan Adamčiak with an object that dates back more than twenty years: “At the end of the previous dramatic, tragic but also miraculous century, I created a small artwork as a functional object called: The Keyboard instrument for a smoker. I almost forgot that I had it somewhere in my haphazard ‘depository’. It came up completely spontaneously and based on the laws of chance. I met an old gentleman who was about as old then as I am today. That to-me-unknown gentleman advertised the sale of a bicycle pump, which he himself designed and constructed in his youth. At that time, it was a problem to buy a bicycle, let alone the spare parts. When we met, I bought this precious item – both parties were pleased – and he introduced me to the process of constructing it which took him about as many weekends as a month has. The fundamental part consists of a functional bellows from an old accordion. It is ‘skillfully’ set in a user-friendly position. A hose is attached to the bellows, to inflate a tire on a bicycle or a cart, or an air mattress. It could also be used as a hair dryer, which was also a hard-to-find item at the time. Since I already had several melodicas at home, it was clear to me that another functional instrument for performances had come into being. And when I was thinking about Banská Štiavnica, how I could participate in the opening night of The Lost Human and the beginning of the JAMA festival, I remembered this old object of mine – also in connection with Milan Adamčiak, who was – like me – a heavy smoker. I decided to play a few tones for Milan in memoriam on the opening night. Fortunately and thankfully, there was a young musician who was part of the band, and he was very happy to help me play those few tones for Milan Adamčiak. Naturally, I played with a lit cigarette. (We could not smoke anything other than a cigarette, because smoking a natural plant is still a crime in Slovakia, for which they punish young people the same way as murderers.)”

The story of the object and its journey to Banská Štiavnica has yet one more conclusion with which Peter Kalmus finished his performance – he donated the artwork to the Slovak National Gallery.