Out of the City | 1970 | Photoperformance, silkscreen, paper | Private collection

Out of the City | 1970 | Photoperformance, silkscreen, paper | Courtesy of the artist 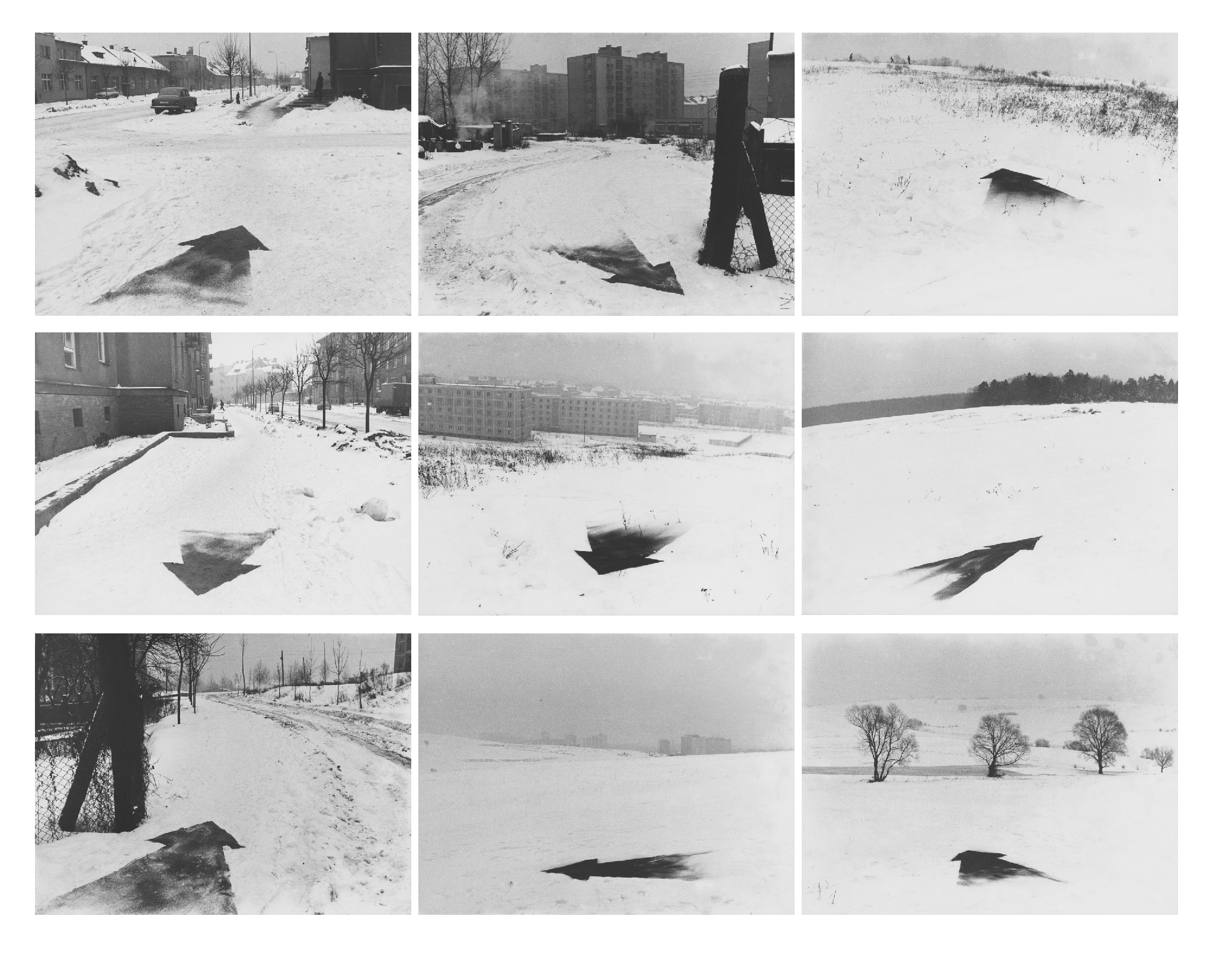 The iconic photo-performance by Rudolf Sikora (1946 Žilina) took place in Zvolen and its well-known outputs are black and white photographs and also several types of serigraphic sheets. They were created at the end of 1970, the year that brought about the last rise of the progressive art scene at public events. Sikora reacted to the situation of the gradual loss of free space for culture and art by organizing The 1st Open Studio in his house in Tehelná Street. It was a one-day happening and exhibition at which the artists of two generations participated with concepts and live performances. One of the youngest was Milan Adamčiak, who presented the typographic score Kanon 4 × 4, interpreted at the event by the artist himself under the name jama together with Robert Cyprich. This last major free event of the progressive art scene was actually closed to the public and earned the organizer Rudolf Sikora an interview at ŠTB (secret police in Czechoslovakia) headquarters the very next morning. Adamčiak transformed the atmosphere of the receding space into a contemplative challenge Gaudium et Pax and it inspired several concepts and actions. It was to this, Adamčiak’s challenge, that Rudolf Sikora responded with his imploring but quiet action Out of the City. The work has an obvious political reference as it challenged the artists to create in the country and in open natural space, which was out of the control of the state power. However, as early as that time, the ecological interpretation was important for the artist as well. The motive of leaving a populated city for the white space of a pristine snowy landscape also evokes the search for transcendence, which manifested itself at the end of the decade in his Black and White Hole concepts.

“If someone had seen or filmed me and Ladislav Paul, who helped me, in the process, it would have been interpreted as political even more. We walked about 200 meters of the fence of the Soviet military base in Zvolen. Russian soldiers were standing there looking at us. We poured red pigment through arrow stencils on the ground – I will never forget their looks… I didn’t know what the soldier was thinking, but we left behind beautiful big red ‘arrows’! We went out of the city towards pure nature in nine stops; even in those photos you can see smog over the city. Then I made another stop in the woods, the real Christmas-like one with a sparkler (laughing), but it was not included in the series. The next day I did N 17 and NQ, L, (Out of the City III.) As a tribute to an undefined specific place on Earth, but I no longer had red pigment, it was black.”