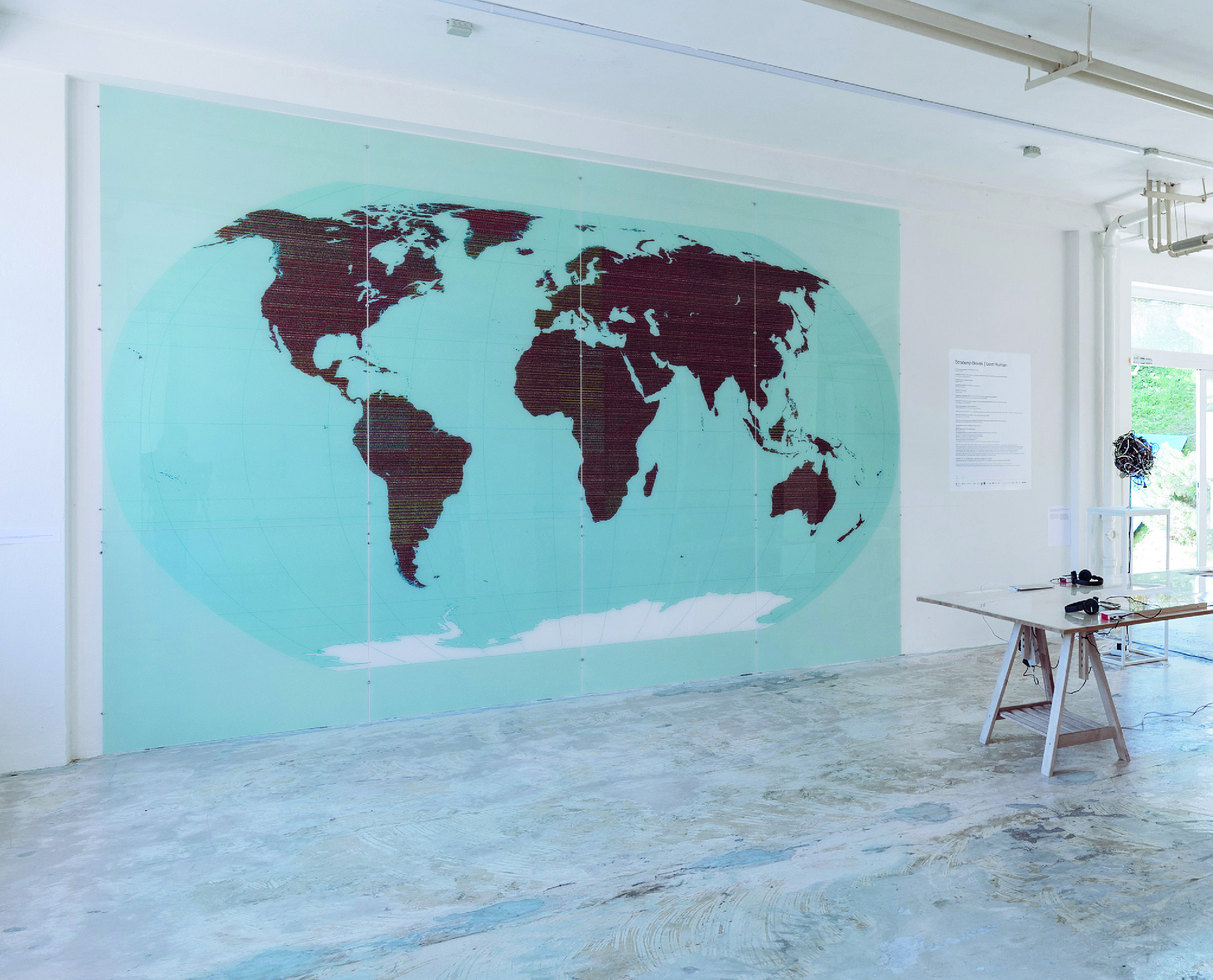 Zorka Lednárová belongs to the generation that experienced childhood during socialism and youth during the transformation of the world as they knew it and her main points of interest are borders, barriers and their variability or mutual penetration. She sensitively perceives the reality of the world, and the transformations brought about by globalization, migration crisis and climate change.

Lednárová is creating her own symbolic apparatus for visual connections of various fonts and sign systems. By using maps as index signs and images of marked, appropriated territory she often put the power signs under criticism. On the other hand, using cartographic language, she shows the world as the only living organism that is constantly being transformed by the mental activity of its inhabitants irrespective of national borders and often defying the political organization of countries. It has a particularly tragic flavor in Central Europe, “scarred” in recent centuries by frequent changes in borders and political systems, as well as by violent events that have affected millions of people. In the series Signs & Locations, Lednárová also reveals her Italo Calvino like concept of ​​language as a visual and audio, as well as a sensory and emotional possibility to capture the world and its transformations in the layers, forms and attributes of which it consists; as a system in which he/she actively participates. Through the fixed point from which we assume as spectators, it refers to the future and is in fact a challenge to individual and social responsibility for this future. We perceive the image of the world according to Zorka Lednárová, living in Berlin, from the perspective of a contemporary human, living in constant pressure of volatile categories without the certainty of knowing one’s own territory and its settled map. However, she finds added value in uncertainty – promising new moments, the celebration of change and transfer as a principle of life.