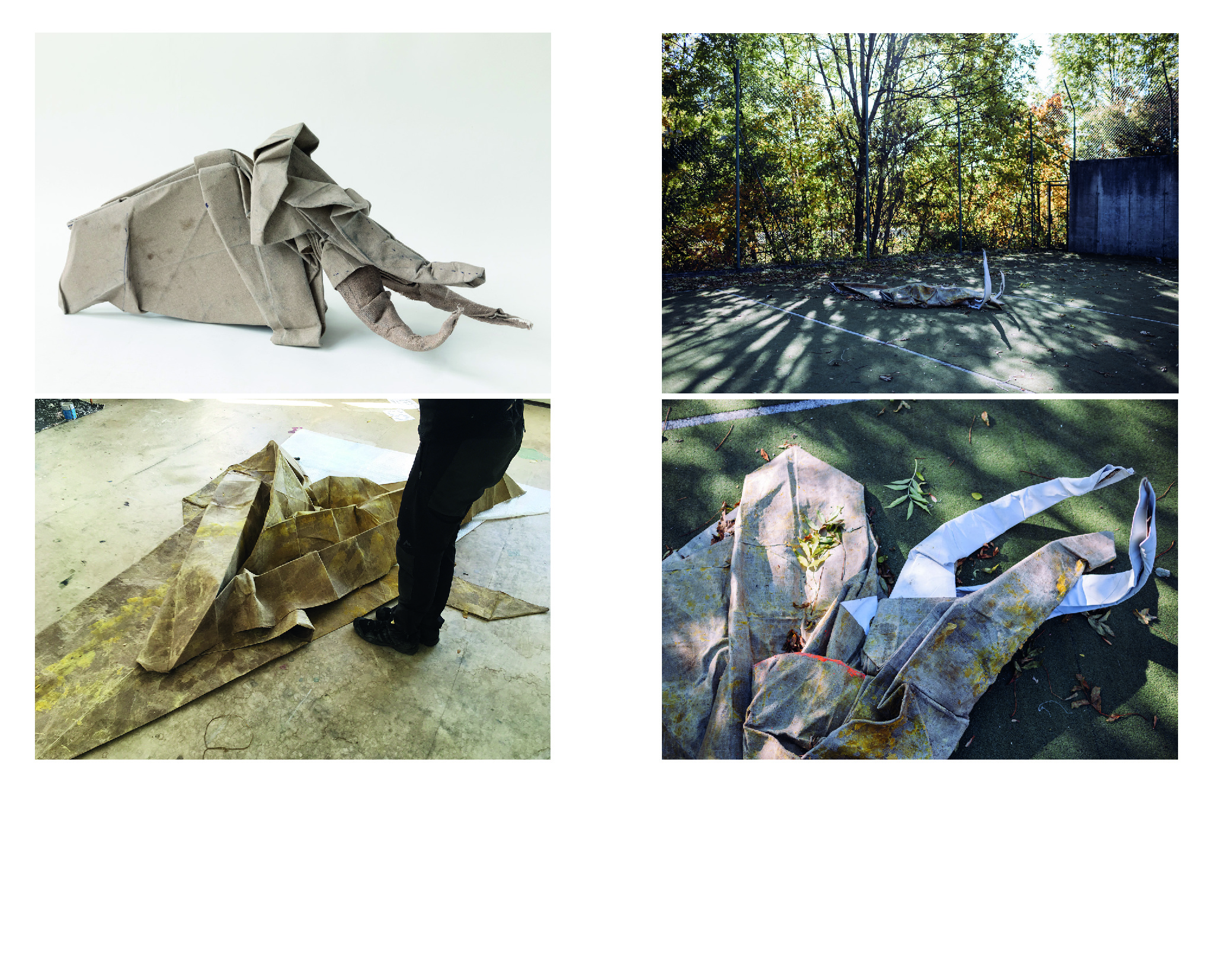 Martin Špirec has been passionately exploring the subject of human evolution in his oeuvre for some time. In the multi-year cycle The Missing Link (from 2012), he examines the hypotheses and concepts of human evolution that lie behind the popular-science term “missing link.” He has been fascinated by the search for answers to the still unknown transitional stage in the development of the human species. This has propelled Špirec to produce a variety of drawings, objects, sculptures, videos and texts. However, this missing “lost man” also becomes an artist’s mirror – a project for introspective contemplation about an artist and his/her mission.

The poetry of the lost world of the extinct human species was joined by a project about a mammoth – an extinct animal, which sparked many fantasies in literature and visual arts, such as Joseph Beuys and Stano Filko, using the power of archeological motifs.

“A mammoth is a surrogate object for me, which also leads me to think about the relationship between contemporary humans and people from the distant past. I deliberately chose perhaps the most sublime animal of the ice age, which was part of the ancestral cult in its era. I made the mammoth out of paper and I planned to build a life-size mammoth from the folded painting canvas using origami methods. However, the resulting object looked more like a deformed painting base – folded and creased canvas. Composition with a mammoth is also my étude about the loss and rediscovery of a long-term project, about visions and their encounter with reality.” (M.Š.)

The composition with a mammoth consists rather in recording the process of its creation in individual steps and stages than in the final object. In collaboration with paleontologist Samuel Rybár, the artist created an archive of the project, which in this case is a work of art itself and can be “archeologically extracted in the future.