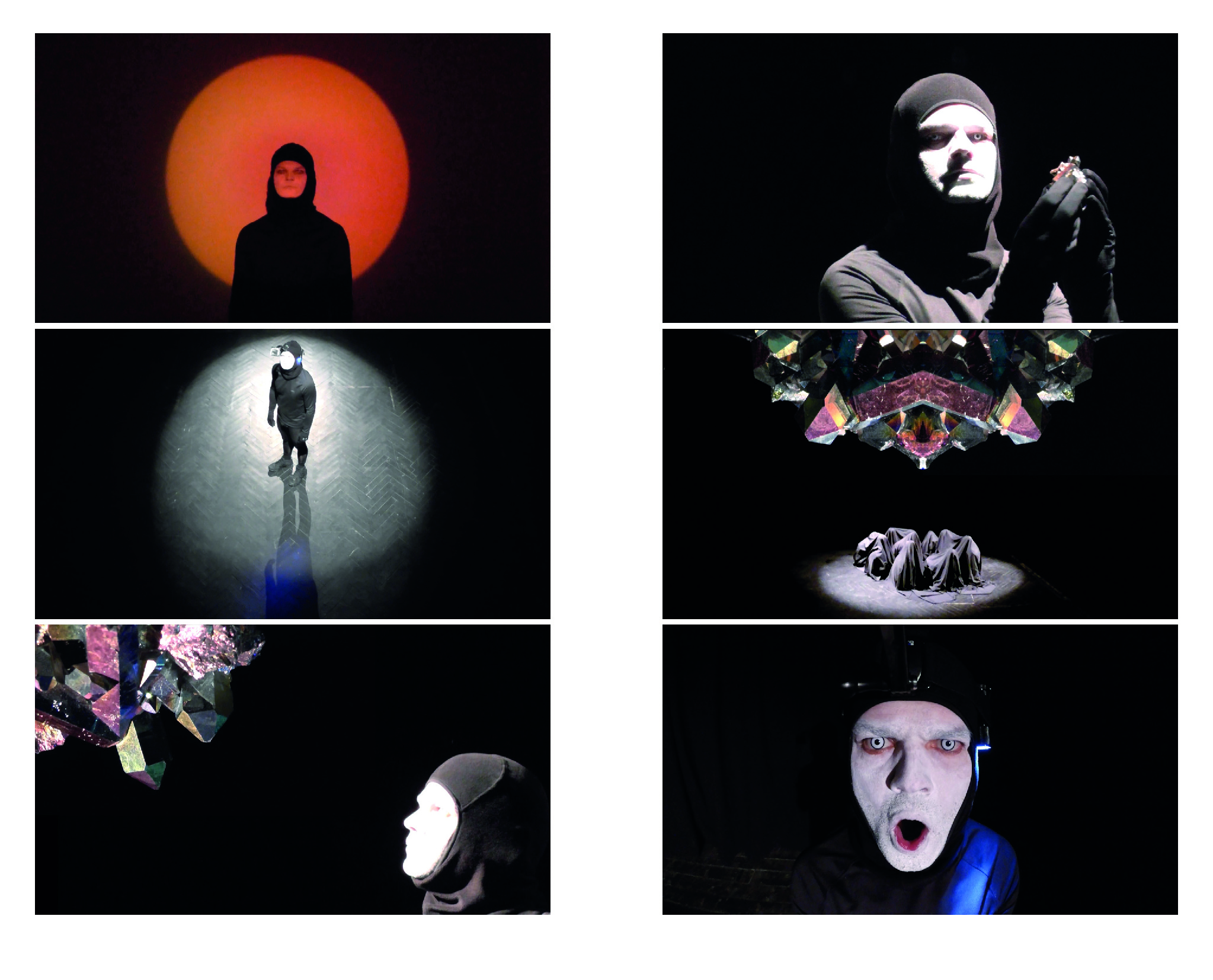 Boris Sirka has long been interested in limit situations and mysterious identity games, which he portrays in various media, from painting and drawing to object, sound and video. The current inter-media work is a continuation of his cycle Powers of Ten, which explores the intersections of science and fiction. It was created during the artist’s creative residency at the Potôň Theater. The short video-opera that he composed, wrote, directed, acted in, filmed and edited is, according to his own words, about a space traveler who, “after encountering an unknown crystal hovering over a mysterious mountain, experiences a bad trip with water in two states – sea and snow”. In the dramatic conclusion he sings about his experience full of beauty and horror. The loneliness of this strange creature is emotionally contagious, because in it, despite the absurd story and scene, we sense the depth of the artist’s authentic account of the experience of a man being in the world that for him suddenly becomes inhospitable, alien, horrifying and uncanny (unheimlich).