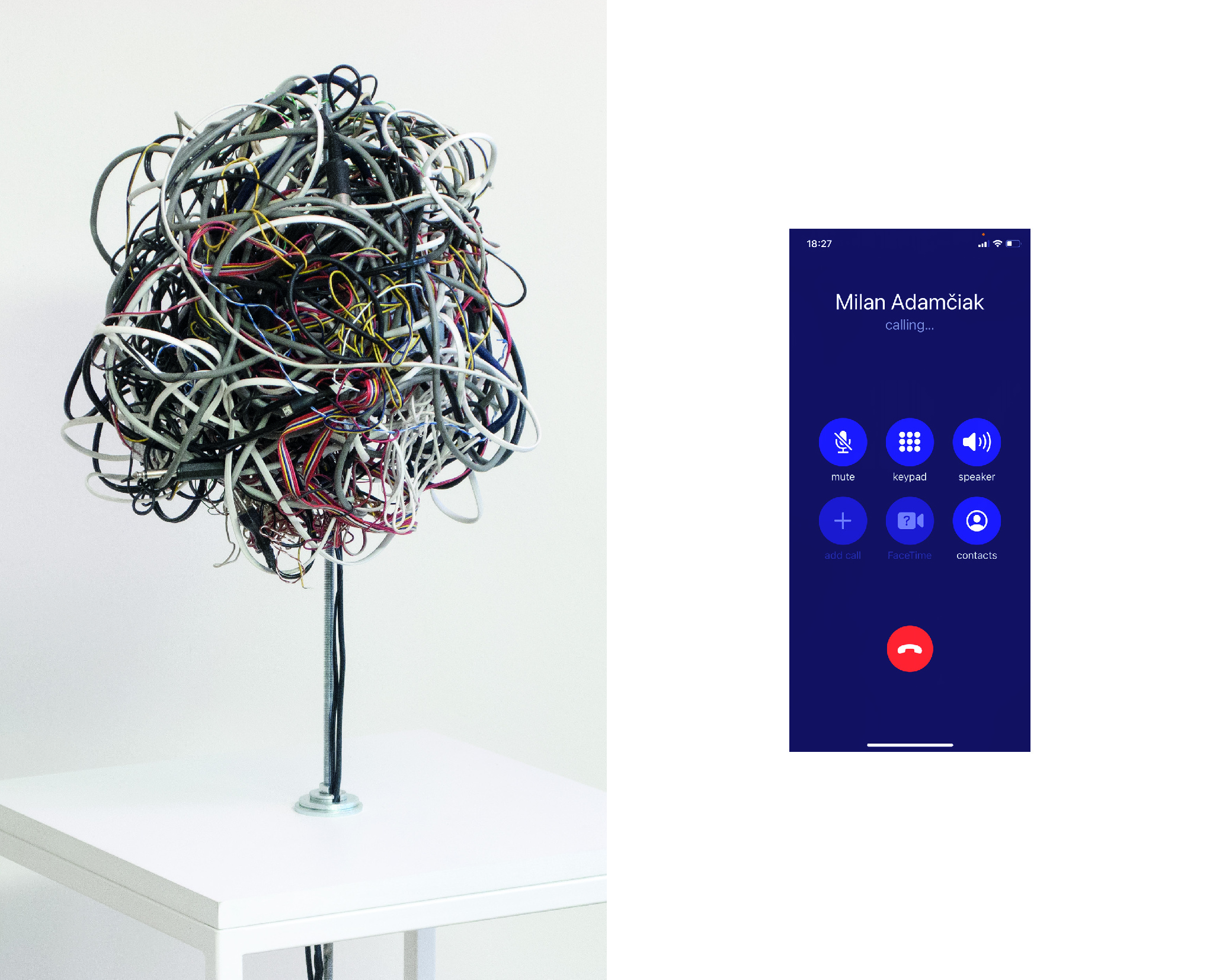 Musician and intermedia artist Fero Király worked with the idea of ​​creating a special tribute to human life through his mobile number with older technology. He invites us to enter the “GSM concert arena”, where we can experience our unique sound situation by means of our own phone. The sound quality corresponds to the “antique” medium of GSM phones and with its imperfection it also brings a nostalgic flavor to the experience.

“The word bust denotes a sculptural representation of a head with a part of the chest, placed on a pedestal. The term comes from the French ‘la buste’ and the Italian “busto’ and it might originate from the ancient Latin word ‘bustum’, originally referring to a pyre burial, a place where the dead were burned, later the tomb itself and also its sculptural decoration. Whose bust it is? You can call (00421)949 723 561 and if you already have the number among your contacts or not, the story will come up.” (F.K.)

As a sculptural genre, the bust is a portrait depiction of a human, which is to preserve his form and individuality even after death. This bust is more a reminder of a lost man whose work and ideas still resonate in the interconnecting networks of intermedia art.