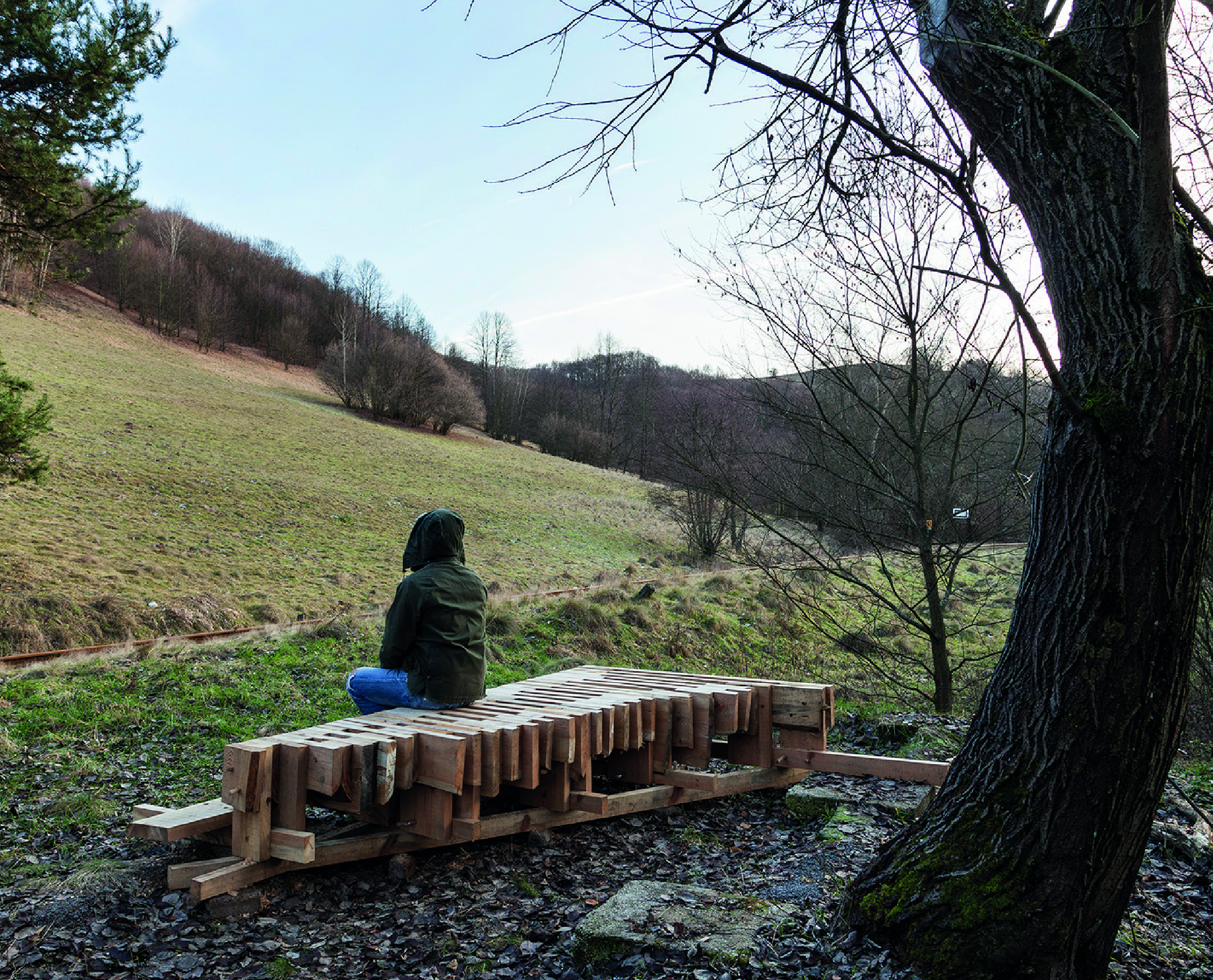 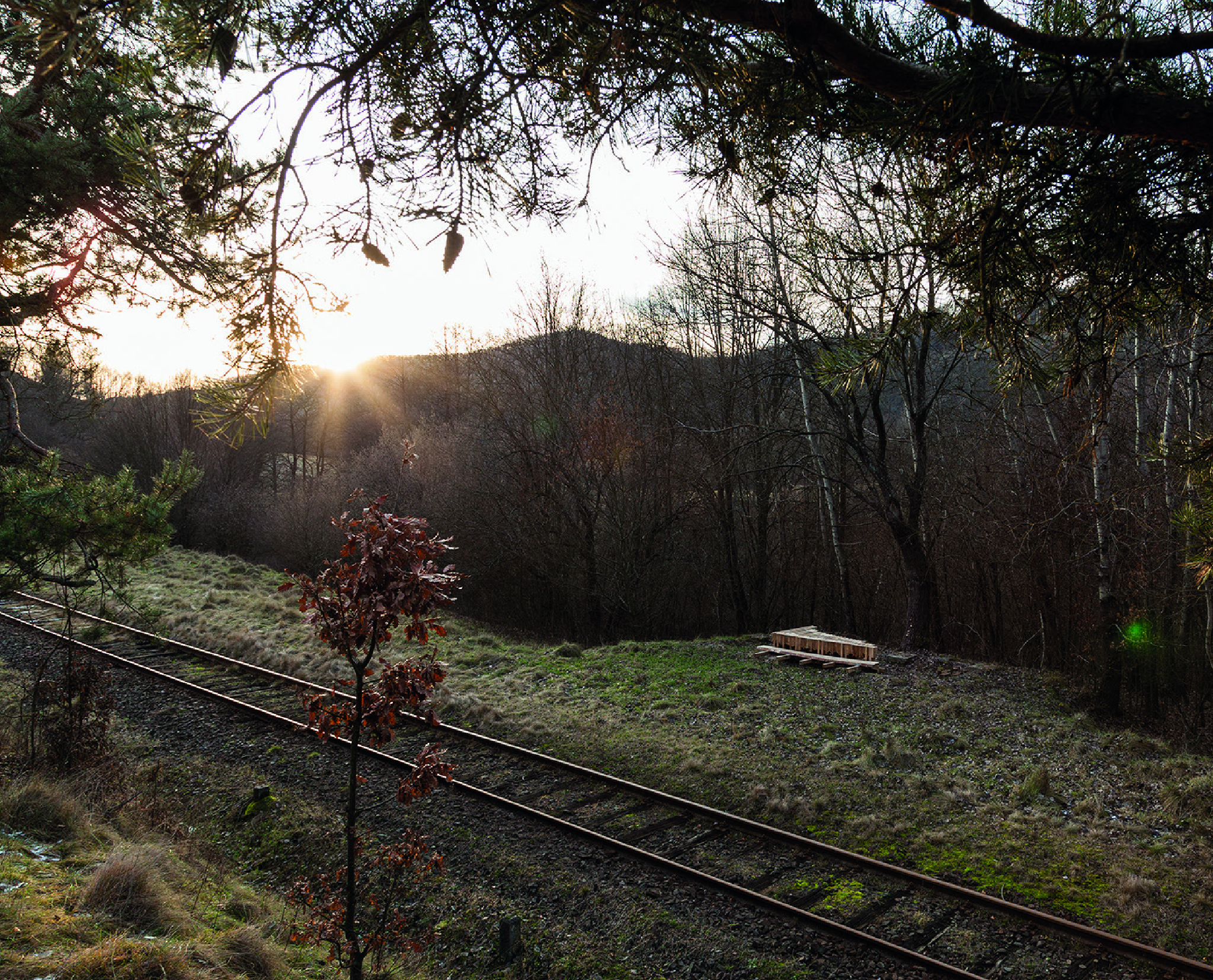 The sculptural object Pastime by Juraj Gábor stands on the site of a currently disused train stop. This is not a public facility in the proper sense, it is an open air space where one comes for this purpose. The object was created during Gábor’s residence in the venues of Banská Stiavnica Contemporary as a “”by-product” along with the main project on which the artist was working at that time. The presentation of Pastime in the development stage took place within the accompanying program of the JAMA /non/festival – 73rd Year of Milan Adamčiak in 2019.

“The ‘Banská Belá zastávka’ train stop was closed sometime in 2016 and its metal sheet shelter was dismantled. All that remained was the concrete foundations, which Gábor used as a postament for a wooden sculptural structure joined by beech treenails. Gábor realized the installation as a personal tribute to Milan and the place where he lived the last years of his life. Maybe he was the only one who got off the train here, plodded through the nettle and walked the path in the woods to his off-grid cabin. In winter, summer, rain and snow. Pastime is carefully assembled from scrap wood. Just as Milan Adamčiak worked with what he had at hand, Gábor also used leftover material from a larger realization (Transfer – Prechod). The sculptor designed it as a specific intervention in the land and at the same time as a wood shed for those who may need it. The resulting object is a statue but also a bench on which one can meditate or wait for the train. But it does not stop here anymore.” (Zuzana Bodnárová)