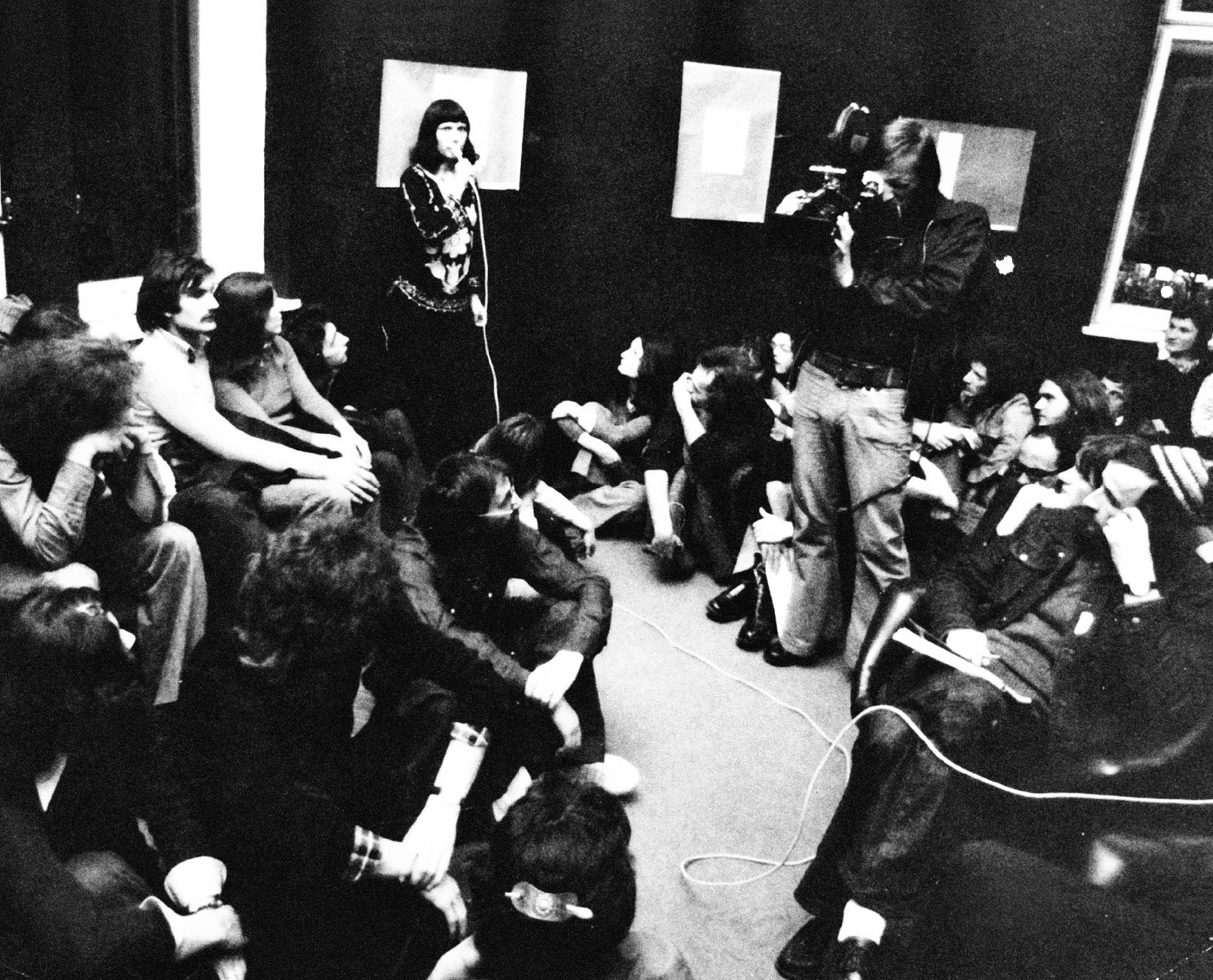 Katalin Ladik comes from the multi-ethnic region of Vojvodina in Serbia. She has been on the underground scene of the former Yugoslavia and in Hungary, where she has lived since the 1990s. She reflects this diverse identity in her artistic story. According to Emese Kűrti, the author of the artist’s monograph, Ladik, along with other artists in the Új Symposion, based her work on the use of the Hungarian minority language and the knowledge of other languages spoken in Yugoslavia.

Although Katalin Ladik’s expanded poetry was born in the multilingual environment of Central and Eastern Europe, it reflects the universal utopia of individual autonomy through language (s). Ladik boldly and steadfastly expresses the desire of humans (and especially women) for freedom and self-realization by gradually developing the possibilities of mutual connections between poetry, sound, music and visuality through several lines at once. It is no coincidence that she uses photography, collage and montage in her artistic and conceptual processes. In performances, she works with her own experience and subconsciousness, while as a performer, she works with the identity agenda of a strongly eroticized female subject and androgyny. Thematically, she exploits the motif of descent into the underworld and the mythical struggle for the future of the subject. The topic of the birth of a new being is also crucial for her. It is based on the belief that an artist “must experience the pain of creation, of existence, of indifference, of rejection, and of transience.”

Katalin Ladik’s first real entrée onto the international scene was the Phonopoetica project from 1976, by which she closed one phase of creating the phonic poetry and discovering new music on which she had been working since the mid-1960s. “Through improvisation techniques, she joined the auditory and visual spheres in her performative practice and expanded them to explore the limits of the language as well as body language. Such a voice-visual musical improvisation was made possible by the broad spectrum of Ladik’s vocal technique, a rich repertoire of glides and held notes, guttural sounds and screams, animal sounds and mechanical noise effects. The vinyl record Phonopoetica, which was released in 1976 and brought Katalin Ladik international recognition, was something like a summary of her hitherto work in phonic poetry. The album contains musical interpretations of poems by experimental poets of her generation (Gábor Tóth, Bálint Szombathy and Franci Zagoričnik). She interpreted the original visual poems through phonemes and graphic elements.” (Emese Kűrti)

The LP with a record of vocal performances, which was presented at The Lost Human exhibition, is now represented in many collections of prestigious museums. Katalin Ladik’s live performance at JAMA Festival was to take place in collaboration with Josef Schreiner, titled Memory of Water. However, the pandemic situation postponed this intention indefinitely.