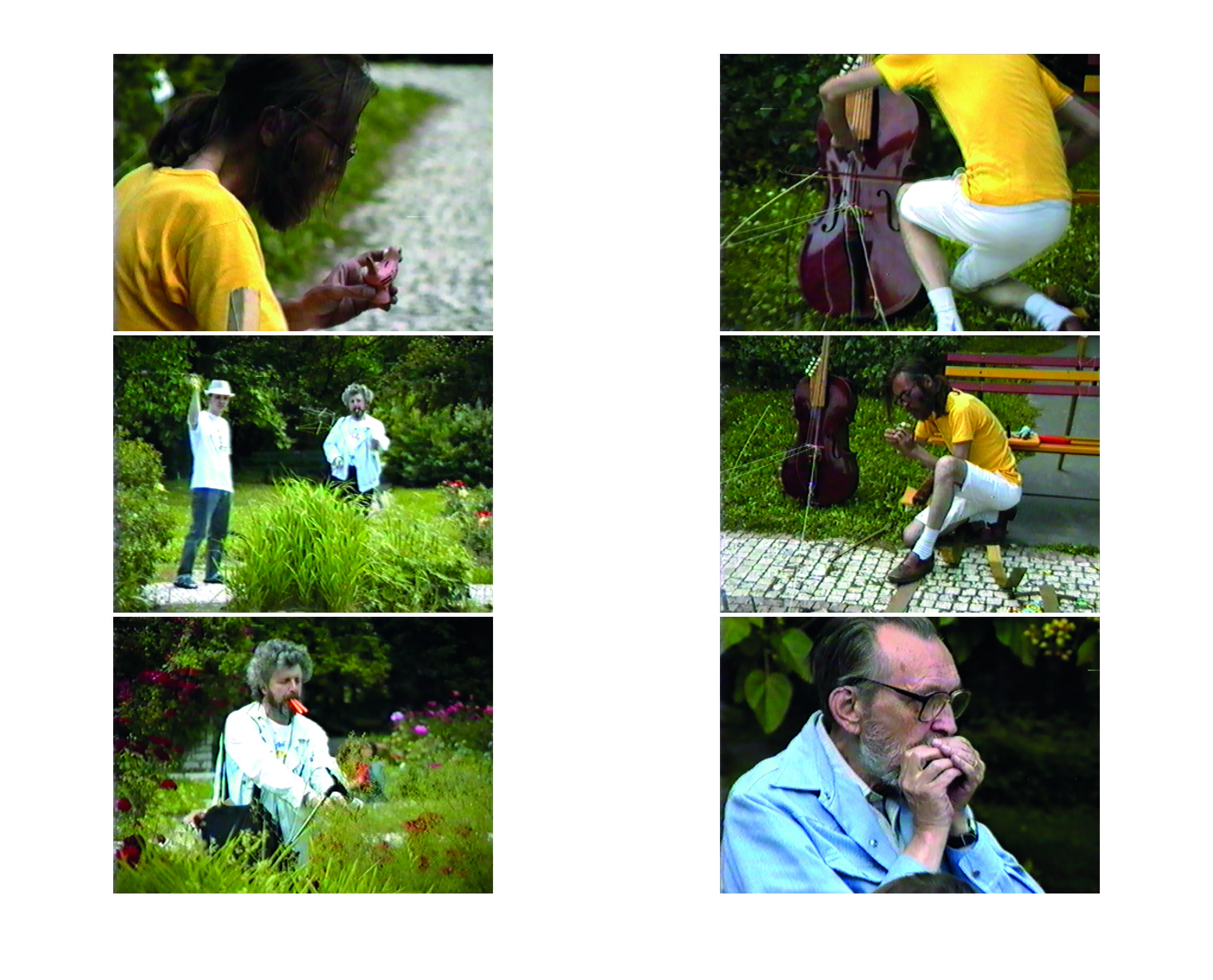 The international festival Evenings of New Music was established in 1990. Its concept was loosely linked to the legendary Seminars for Contemporary Music, which climaxed in a local avant-garde music movement at the Smolenice chateau from 1968 to 1970. (In the last two years, then young Milan Adamčiak also took part as an originator and performer of his graphic scores in collaboration with Robert Cyprich.) The festival was a follow-up of the concert cycle Mondays at Clarisses from 1989 with dramaturgy by Daniel Matej. It was through his initiative that the newly established festival became an expression of movement of contemporary music and intermedia creation, which formed the core of the VENI Ensemble program. The first big “peak” of the festival was in 1992, when John Cage came in person and the Evenings of New Music became one of the international events of the year-round celebration of his eightieth birthday.

The presented performance took place as part of the Evenings of New Music in 1994 as a pre-set celebration of sound and music. The botanical garden is also a microcosm of nature, where human activity and care are forced to respect the interconnectedness of all living and non-living and to submit to relationships and laws that transcend humans. In a rare video shot by Juraj Bartoš we see, apart from the originators, Richard Ayres, Marek Piaček and others such as Egon Bondy and Martin Erdmann who took part with their improvisations.