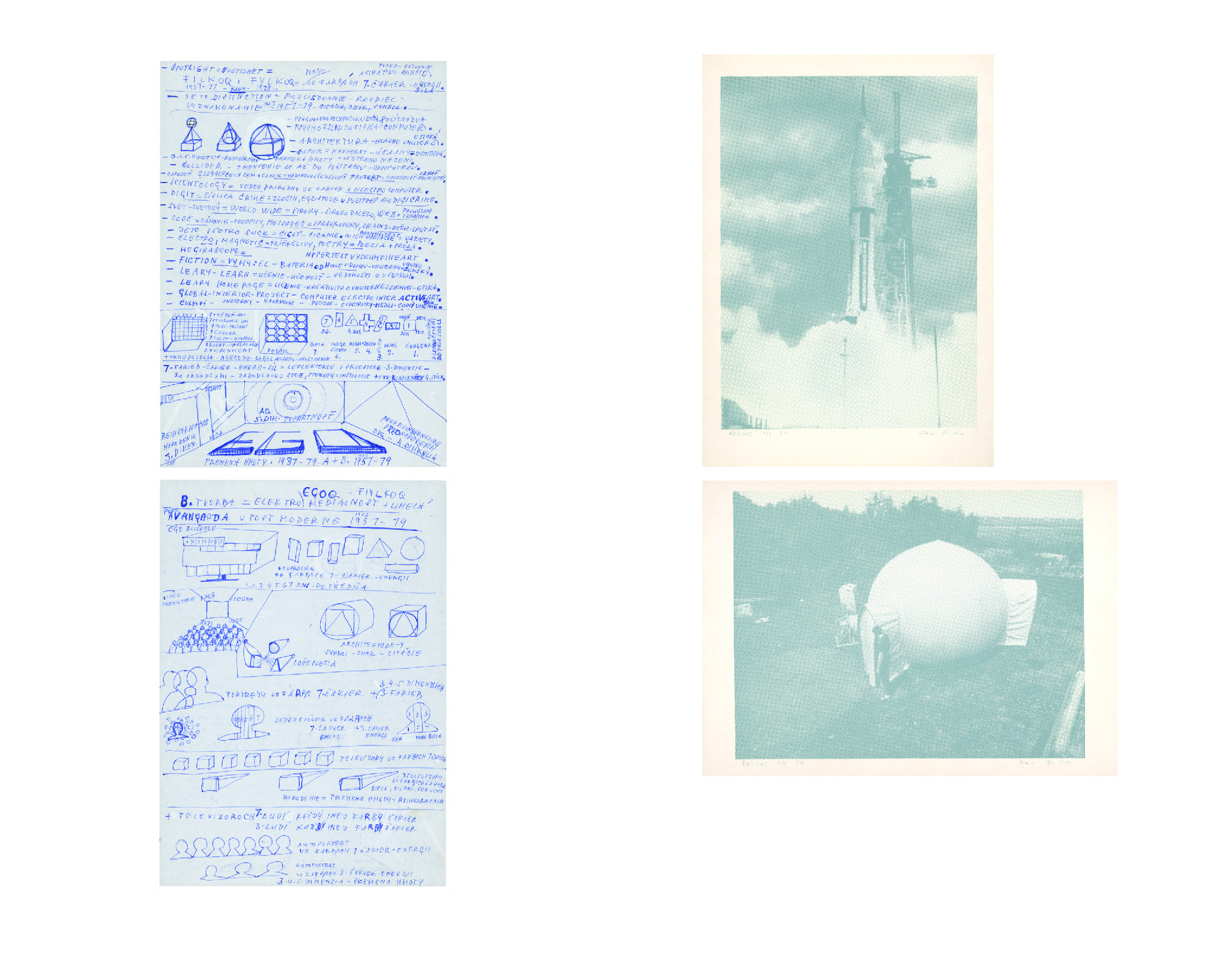 Stano Filko belongs to the Eastern European neo-avant-garde, which experienced many political upheavals. While to the west of the Iron Curtain, progressive artists entered the market and the museum collections relatively early, in socialist Czechoslovakia, after the brief intense expansion of the 1960s, art institutions – galleries, collections, publishers, magazines, academies and art history as a discipline gradually failed. Filko replaced them with a self-institution based on his “legend of the artist”, which forms the core of his program and a comprehensive “psychofyilkosophy” – the System SF. Although he did not constitute it until approximately 2000, it was on his program throughout his life. He, thus, tried to connect to the international (i.e. Western) canon of art history, to which he was completely lost as an artist (coming from nowhere and not belonging to anywhere). He cultivated the legend in the continuous practice of “text-art”, which can be regarded as a complex systematic interpretation of one’s own life as a long-term crypto-self-portrait program.

Filko’s early success culminated in the 1970 EXPO in Osaka, and his international career ended long after the effects of the occupation in August 1968. At home, the doors of the institutions were closed to him and he spent the normalization as the spiritus movens of the unofficial art scene. Even then, he was looking for at least a slightly freer environment – he traveled and exhibited in Yugoslavia, Hungary and Poland. In 1981, he “got lost” from the East in a white Škoda 120 car – he fled to Germany. A year later, he exhibited the car as his Eastern European physical and mental “baggage” at Documenta 7 in Kassel. In December 1982, he emigrated to the “dream” America and worked in New York until 1990, when he returned to Slovakia. At that time, he began obsessively refining the System SF and building its/his own archive (Archive SF), which demonstrated the way he worked with time – returning to older works, their re-layering, rewriting and reselling. Time became Filko’s great meta-theme. Unwilling to submit to Chronos’s dictates, in his megalomaniacal effort to escape and liberate himself, he worshiped Kairos – time of the right moment.

Filko’s early interest in the subject of cosmos and its conquest can also be seen as a manifestation of the desire for freedom, later transformed into an effort to get rid of the Ego, or to involve it in the service of a new spiritual cosmology replacing the religious faith of the ancestors. According to depth psychology, “in the dreams and fantasies of modern humans, space rocket flight often appears as a symbolic embodiment of the liberation effort, which is called transcendence.” (Joseph L. Henderson)